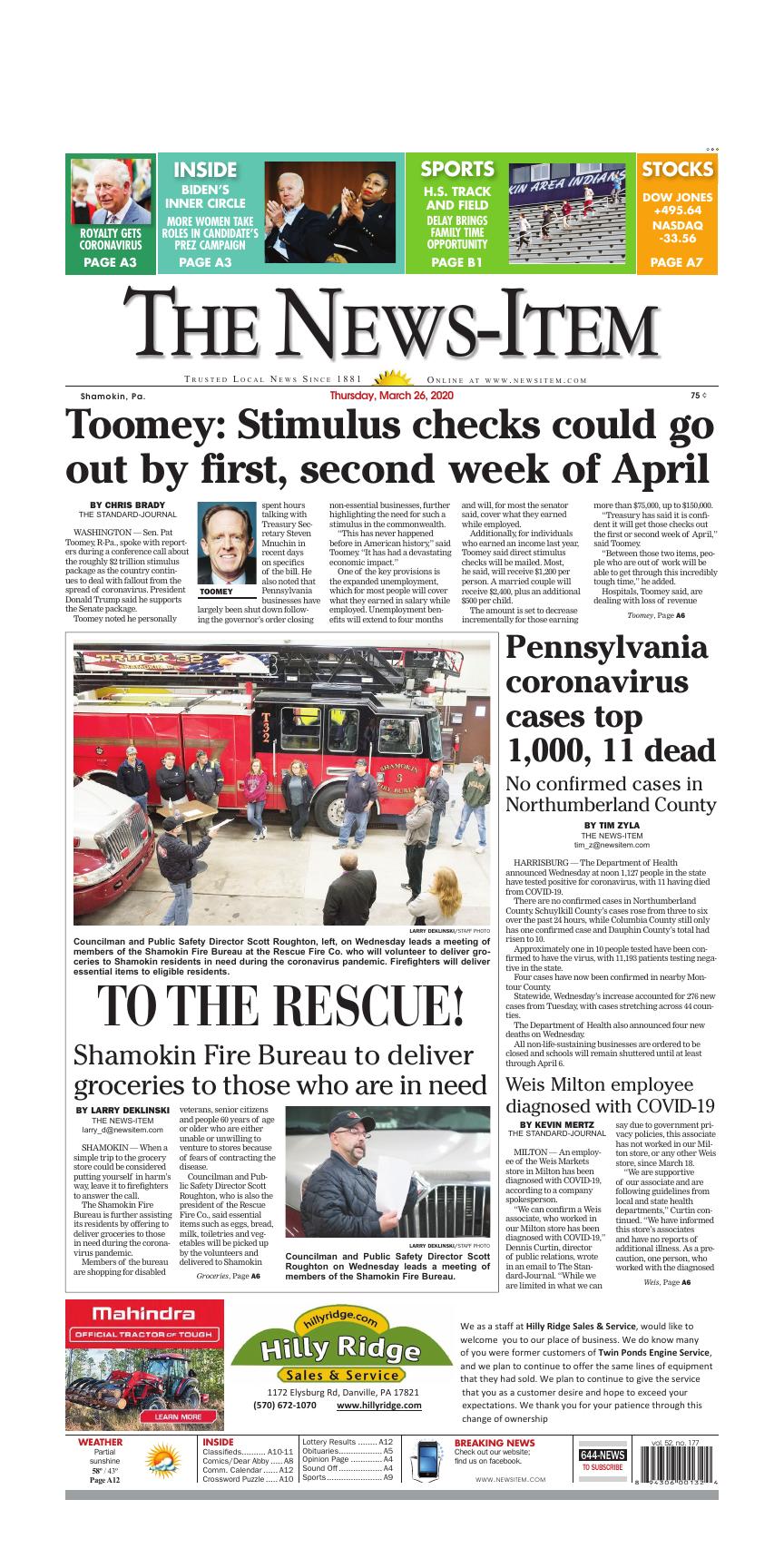 WASHINGTON — Sen. Pat Toomey, R-Pa., spoke with reporters during a conference call about the roughly $2 trillion stimulus package as the country continues to deal with fallout from the spread of coronavirus. President Donald Trump said he supports the Senate package.

Toomey noted he personally spent hours talking with Treasury Secretary Steven Mnuchin in recent days on specifics of the bill. He also noted that Pennsylvania businesses have largely been shut down following the governor’s order closing non-essential businesses, further highlighting the need for such a stimulus in the commonwealth.

“This has never happened before in American history,” said Toomey. “It has had a devastating economic impact.”

Additionally, for individuals who earned an income last year, Toomey said direct stimulus checks will be mailed. Most, he said, will receive $1,200 per person. A married couple will receive $2,400, plus an additional $500 per child.

“Treasury has said it is confident it will get those checks out the first or second week of April,” said Toomey.

“Between those two items, people who are out of work will be able to get through this incredibly tough time,” he added.

Hospitals, Toomey said, are dealing with loss of revenue while increasing capacity for the expected influx of coronavirus patients. The stimulus will provide $100 billion directly to hospitals and health-care providers, plus another $250 million for a hospital preparedness program. Funding also exists to provide coronavirus testing at no cost to Americans. Additional funds are also included to assist in development of a vaccine, and treatment and therapy.

For employers, $300 billion will be set aside for a small business loan program. It will be administered by banks and guaranteed by the government, Toomey noted. Small businesses are those employing up to 500 people, the senator said.

“The federal government is paying payroll for businesses,” Toomey said, in the hope they keep their employees on the payrolls in the interim.

Another $150 billion is being allocated directly to states. Pennsylvania’s share, Toomey said, will be over $500 million.

“The state government will have a lot of discretion” with those funds, Toomey said.

Councilman and Public Safety Director Scott Roughton, left, on Wednesday leads a meeting of members of the Shamokin Fire Bureau at the Rescue Fire Co. who will volunteer to deliver groceries to Shamokin residents in need during the coronavirus pandemic. Firefighters will deliver essential items to eligible residents.

Councilman and Public Safety Director Scott Roughton on Wednesday leads a meeting of members of the Shamokin Fire Bureau.

SHAMOKIN — When a simple trip to the grocery store could be considered putting yourself in harm’s way, leave it to firefighters to answer the call.

The Shamokin Fire Bureau is further assisting its residents by offering to deliver groceries to those in need during the coronavirus pandemic.

Members of the bureau are shopping for disabled veterans, senior citizens and people 60 years of age or older who are either unable or unwilling to venture to stores because of fears of contracting the disease.

Councilman and Public Safety Director Scott Roughton, who is also the president of the Rescue Fire Co., said essential items such as eggs, bread, milk, toiletries and vegetables will be picked up by the volunteers and delivered to Shamokin residents who have met the criteria and called administrative accountant Doreen Annis at city hall at 570-644-0876, ext. 2.

Residents needing assistance are requested to leave a message for a return call with their name, address and telephone number.

Friendship Fire Co. firefighter Nathan McDonald said delivering food and other supplies from stores is another way for the fire bureau to protect its residents.

The 22-year-old will deliver groceries in between working at the Walmart Distribution Center along Interstate 81.

“Hopefully we will see a good outcome,” he said of the bureau’s act of good will. “This is another way to help others. It isn’t just Friendship, but the whole bureau that does a lot for the community.”

The volunteer firefighters will be given the contact information of eligible residents in order to pick up the groceries and make deliveries. Residents must pay cash upon delivery and will get a receipt.

Roughton said the delivery service will continue as long as restrictions remain in place because of the coronavirus pandemic.

“Some people are scared right now to go out for groceries and some others just can’t because of their disabilities,” Roughton added. “I just hope people take advantage of this volunteer service fire bureau members are offering.”

During a meeting Wednesday evening at the Rescue Fire Co., Mayor John Brown asked firefighters to minimize residents’ anxiety to the best of their ability, but cautioned that they should avoid hugs or handshakes that maybe offered.

As of 6 p.m. Wednesday, four people had called city hall and asked for items ranging from pasta to hygiene products, Roughton told members during the meeting.

“We’re not sure how many orders we will get. There might be a lot of orders or there could be very few, but at least we are trying,” he commented.

Independence Fire Co. firefighter Collin Bozza is utilizing his time away from Shamokin Area Middle/High School to ensure the well being of the community.

The junior has not had classes since March 16 due to Gov. Tom Wolf ordering all schools across the commonwealth to close until at least April 6.

“We are doing everything we can to help the community, especially those who can not go out to the store,” Bozza said of the bureau. “I am doing everything I possibly can to make everything better during this time of disease and sickness.” 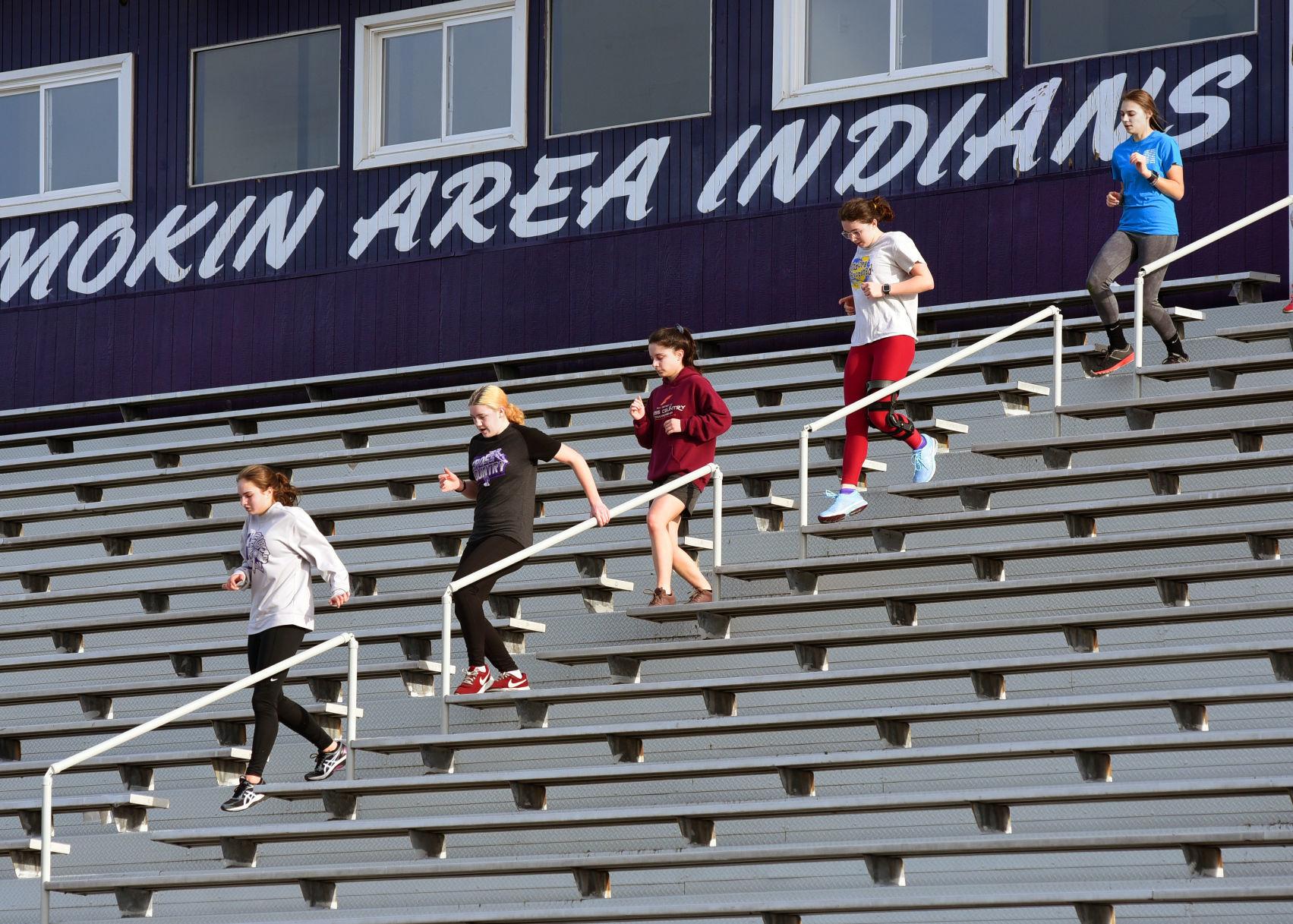 HARRISBURG — The Department of Health announced Wednesday at noon 1,127 people in the state have tested positive for coronavirus, with 11 having died from COVID-19.

There are no confirmed cases in Northumberland County. Schuylkill County’s cases rose from three to six over the past 24 hours, while Columbia County still only has one confirmed case and Dauphin County’s total had risen to 10.

Approximately one in 10 people tested have been confirmed to have the virus, with 11,193 patients testing negative in the state.

Four cases have now been confirmed in nearby Montour County.

All non-life-sustaining businesses are ordered to be closed and schools will remain shuttered until at least through April 6.

MILTON — An employee of the Weis Markets store in Milton has been diagnosed with COVID-19, according to a company spokesperson.

“We are supportive of our associate and are following guidelines from local and state health departments,” Curtin continued. “We have informed this store’s associates and have no reports of additional illness. As a precaution, one person, who worked with the diagnosed associate, has gone into self-quarantine.”

In recent weeks, he said the store has been “diligently” cleaned and sanitized, both during and after hours. While these are standard procedures, he said “enhanced cleaning” was done at the Milton store on Tuesday evening.

“These procedures have been reviewed and approved by the Pa. health department,” Curtin wrote. “We are committed to maintaining a store that is clean and safe for our customers and associates. Our Milton store remains a safe place to shop.”

As of Wednesday, the Pennsylvania Department of Health was reporting no confirmed COVID-19 cases in Northumberland County. There are four cases reported in Montour County, one in Columbia and one in Lycoming.

Britain’s Prince Charles and Camilla the Duchess of Cornwall, in the background, leave after attending the annual Commonwealth Day service at Westminster Abbey March 9 in London. 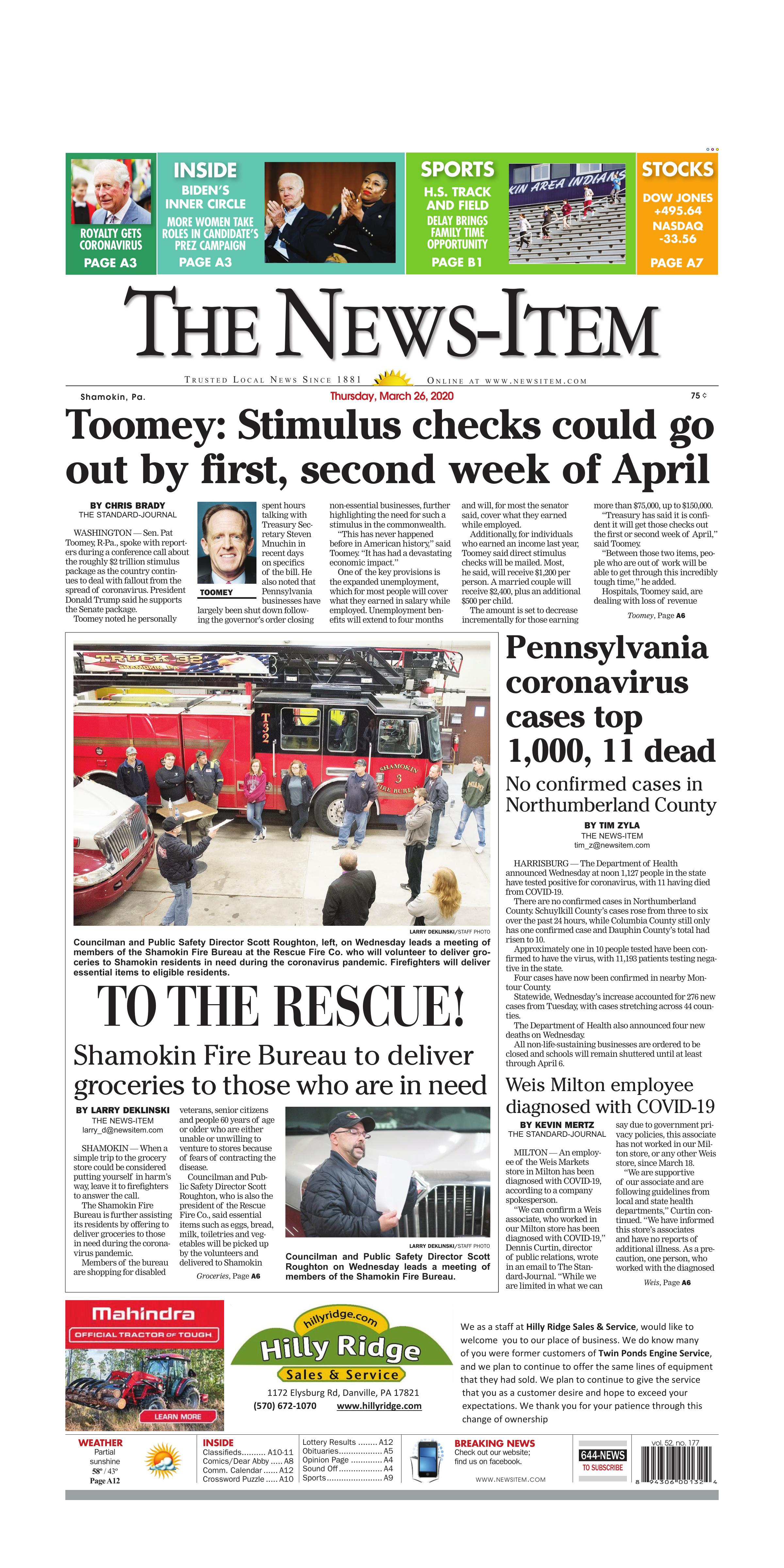