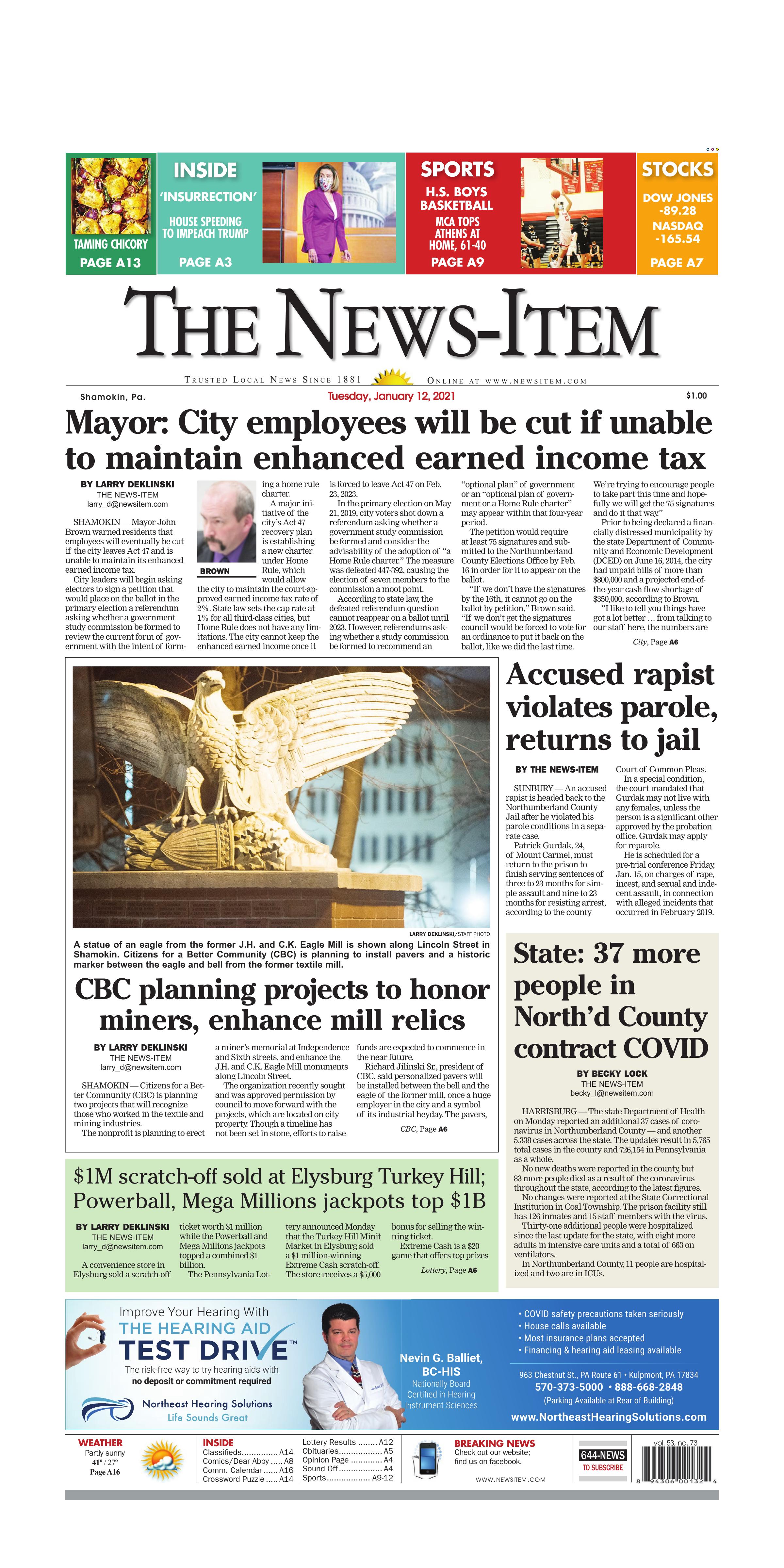 SHAMOKIN — Mayor John Brown warned residents that employees will eventually be cut if the city leaves Act 47 and is unable to maintain its enhanced earned income tax.

City leaders will begin asking electors to sign a petition that would place on the ballot in the primary election a referendum asking whether a government study commission be formed to review the current form of government with the intent of forming a home rule charter.

A major initiative of the city’s Act 47 recovery plan is establishing a new charter under Home Rule, which would allow the city to maintain the court-approved earned income tax rate of 2%. State law sets the cap rate at 1% for all third-class cities, but Home Rule does not have any limitations. The city cannot keep the enhanced earned income once it is forced to leave Act 47 on Feb. 23, 2023.

In the primary election on May 21, 2019, city voters shot down a referendum asking whether a government study commission be formed and consider the advisability of the adoption of “a Home Rule charter.” The measure was defeated 447-392, causing the election of seven members to the commission a moot point.

The petition would require at least 75 signatures and submitted to the Northumberland County Elections Office by Feb. 16 in order for it to appear on the ballot.

Prior to being declared a financially distressed municipality by the state Department of Community and Economic Development (DCED) on June 16, 2014, the city had unpaid bills of more than $800,000 and a projected end-of-the-year cash flow shortage of $350,000, according to Brown.

“I like to tell you things have got a lot better … from talking to our staff here, the numbers are basically the same, as they were last time we ran this through,” Brown said of the referendum in 2019.

“Once we get out of Act 47, and we come out without the Home Rule option, we lose $740,000 — and I don’t care how much budget finagling you are going to do, there’s nothing that can be done to not lose staff, folks,” Brown stated. “So, once again, we will be providing you with the opportunity to get it on the ballot and get it through this time, hopefully.”

Councilwoman Jennifer Seidel advised the public to review Home Rule with an open mind. Since last week’s workshop, she said, there have been “trashy catch phrases” meant to disinform and cast Home Rule in a negative light.

“If this wasn’t an issue, we wouldn’t be revisiting it,” Seidel stated. “It is of the upmost seriousness that you take the time to look over this and to form your own opinion, instead of reading these sound bites and little tiny clips you see on Facebook. It’s dangerous.”

A statue of an eagle from the former J.H. and C.K. Eagle Mill is shown along Lincoln Street in Shamokin. Citizens for a Better Community (CBC) is planning to install pavers and a historic marker between the eagle and bell from the former textile mill.

SHAMOKIN — Citizens for a Better Community (CBC) is planning two projects that will recognize those who worked in the textile and mining industries.

The nonprofit is planning to erect a miner’s memorial at Independence and Sixth streets, and enhance the J.H. and C.K. Eagle Mill monuments along Lincoln Street.

The organization recently sought and was approved permission by council to move forward with the projects, which are located on city property. Though a timeline has not been set in stone, efforts to raise funds are expected to commence in the near future.

Richard Jilinski Sr., president of CBC, said personalized pavers will be installed between the bell and the eagle of the former mill, once a huge employer in the city and a symbol of its industrial heyday. The pavers, he said, will serve to beautify a grassy area between the two relics saved from the wrecking ball.

“We will likely put applications in different businesses. The pavers will be installed between the bell and the eagle,” he said. “It will save the city some work, since they won’t have to clean up the area where the bricks are placed.”

The eagle, with a wingspan of about 8 feet, was crafted to honor the Eagle brothers and graced the main entrance to their textile mill from its construction in 1917 to demise in 1995. After remaining in storage for more than two decades, the 5,500-pound relic found its new home along Lincoln Street in May 2017.

Those attending Memorial Day ceremonies and the more recent Home for the Holidays event have heard the loud gong of the bell, which was erected in 2018 between the eagle and the Price of Freedom Monument. The bell was placed inside an enclosure wrapped with personalized bricks that were sold to offset the cost of the project.

“We are also planning to erect a pedestal with a plaque explaining some of the mill’s history,” Jilinski said. “Anybody will be able to apply for a paver, preferably toward families that worked at the mill or in the textile industry.”

A proposed memorial at one of the city’s busiest intersections will honor another industry that shaped the city in the first half of the 20th century.

“We are looking at installing a 5-foot tall statue of a coal miner and removing trees and shrubs. It’s kind of a traffic hazard,” Jilinski said of the traffic island, which sits in the shadow of the Glen Burn culm bank and the former colliery that employed thousands of men, and some young boys, during its long history.

The plot became a possible location for enhancement when, in 2018, the memorial for Cpl. David Witmer was relocated to Lincoln Street. The officer was shot and killed on Nov. 13, 1983, while answering a mutual aid call from Zerbe Township police.

Erecting a memorial for miners takes on a personal meaning for Jilinski. He worked at the Glen Burn Colliery for several years and his father, Peter, was known to work “very good” with dynamite.

“There really isn’t anything for miners in Shamokin. I don’t understand why nobody has done something before, but we are going to do something,” Jilinski said of a monument to miners. “This will be for not only people who worked at the Glen Burn, but for all coal miners and their families.”

A convenience store in Elysburg sold a scratch-off ticket worth $1 million while the Powerball and Mega Millions jackpots topped a combined $1 billion.

The Pennsylvania Lottery announced Monday that the Turkey Hill Minit Market in Elysburg sold a $1 million-winning Extreme Cash scratch-off. The store receives a $5,000 bonus for selling the winning ticket.

Extreme Cash is a $20 game that offers top prizes of $1 million.

The winner was from a Magnificent Millions $20 ticket, a game that features a top prize of $1 million.

Scratch-off prizes expire one year from the game’s end-sale date posted at palottery.com. Winners should immediately sign the back of their ticket and call the Lottery at 1-800-692-7481.

The Pennsylvania Lottery also announced Monday that a convenience store in Mifflinburg sold a Powerball ticket worth $1 million for the Saturday drawing.

As of Monday afternoon, the Powerball jackpot rolled to an estimated annuity value of $550 million, or $411.4 million cash, for the next drawing on Wednesday, Jan. 13. If won, this would be the ninth largest jackpot in Powerball game history.

The Powerball jackpot was last hit in New York on Sept. 16. Since then, there have been 33 drawings in a row without a jackpot winner. Wednesday’s drawing will be the 34th draw in the jackpot run.

Wednesday’s drawing coincides with the fifth anniversary of Powerball’s world record $1.586 billion jackpot. The record jackpot was hit on Jan. 13, 2016, and was shared by winners in California, Florida and Tennessee.

For the first time since October 2018, the Mega Millions jackpot has surpassed $600 million, and strong sales have now pushed the jackpot for Tuesday, Jan. 12, to an estimated $615 million, or $451.8 million cash. At that level, it’s the fourth largest jackpot in the history of the game, which began in 2002.

Mega Millions first passed the $600 million threshold on March 30, 2012, when a $656 million prize was split between winners in Illinois, Kansas and Maryland. At the time, it was a world record for a lotto jackpot game.

On December 17, 2013, winners in California and Georgia shared a $648 million jackpot. And on October 23, 2018, an incredible $1.537 billion prize was won in South Carolina — the world’s largest lotto jackpot ever awarded on a single ticket.

The Mega Millions jackpot has been rolling since it was last won in Wisconsin on Sept. 15. 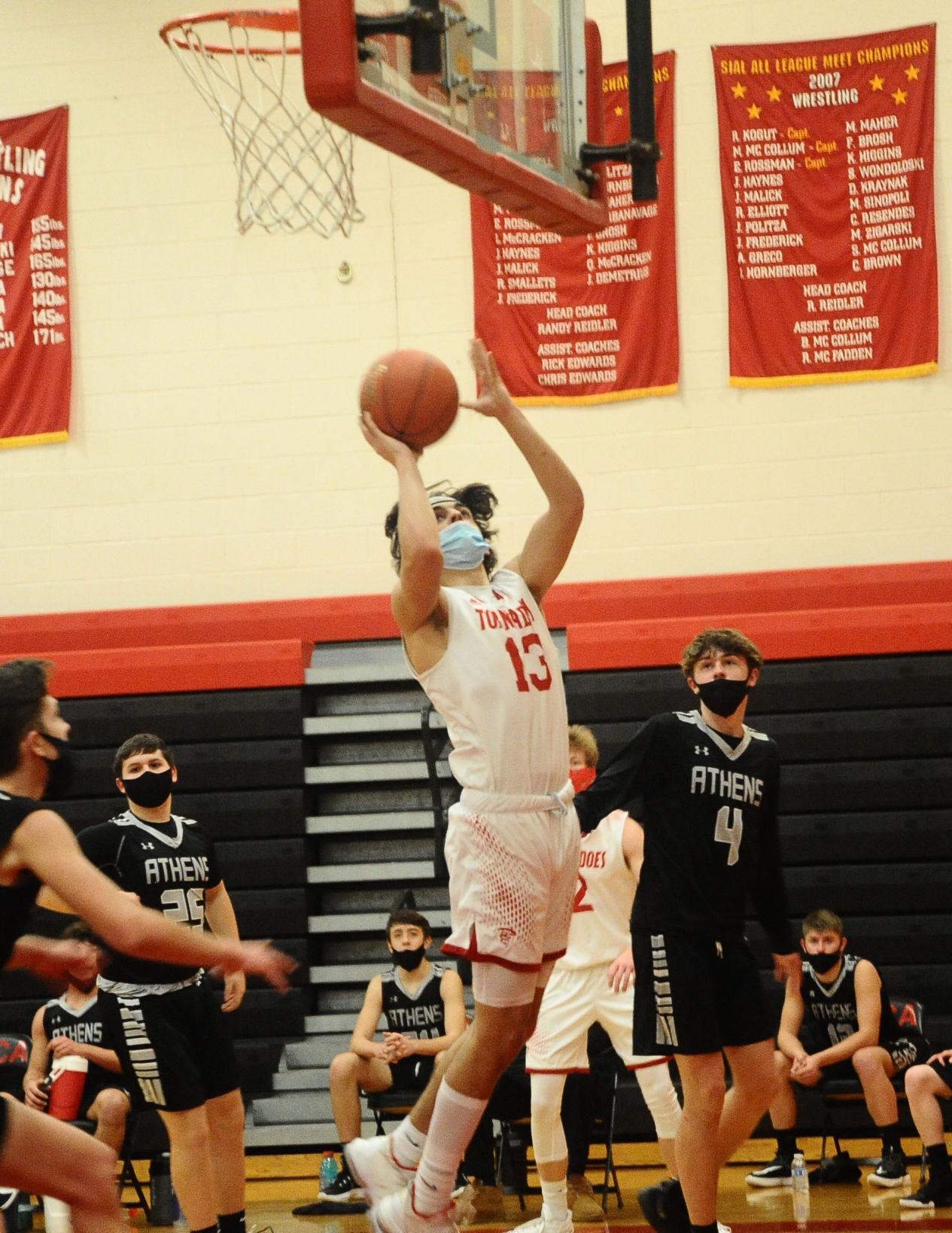 Mount Carmel's Pedro Feliciano scores during the first half of a boys basketball game Wednesday at Mount Carmel.

SUNBURY — An accused rapist is headed back to the Northumberland County Jail after he violated his parole conditions in a separate case.

Patrick Gurdak, 24, of Mount Carmel, must return to the prison to finish serving sentences of three to 23 months for simple assault and nine to 23 months for resisting arrest, according to the county Court of Common Pleas.

In a special condition, the court mandated that Gurdak may not live with any females, unless the person is a significant other approved by the probation office. Gurdak may apply for reparole.

He is scheduled for a pre-trial conference Friday, Jan. 15, on charges of rape, incest, and sexual and indecent assault, in connection with alleged incidents that occurred in February 2019.

HARRISBURG — The state Department of Health on Monday reported an additional 37 cases of coronavirus in Northumberland County — and another 5,338 cases across the state. The updates result in 5,765 total cases in the county and 726,154 in Pennsylvania as a whole.

No new deaths were reported in the county, but 83 more people died as a result of the coronavirus throughout the state, according to the latest figures.

No changes were reported at the State Correctional Institution in Coal Township. The prison facility still has 126 inmates and 15 staff members with the virus.

Thirty-one additional people were hospitalized since the last update for the state, with eight more adults in intensive care units and a total of 663 on ventilators.

In Northumberland County, 11 people are hospitalized and two are in ICUs. 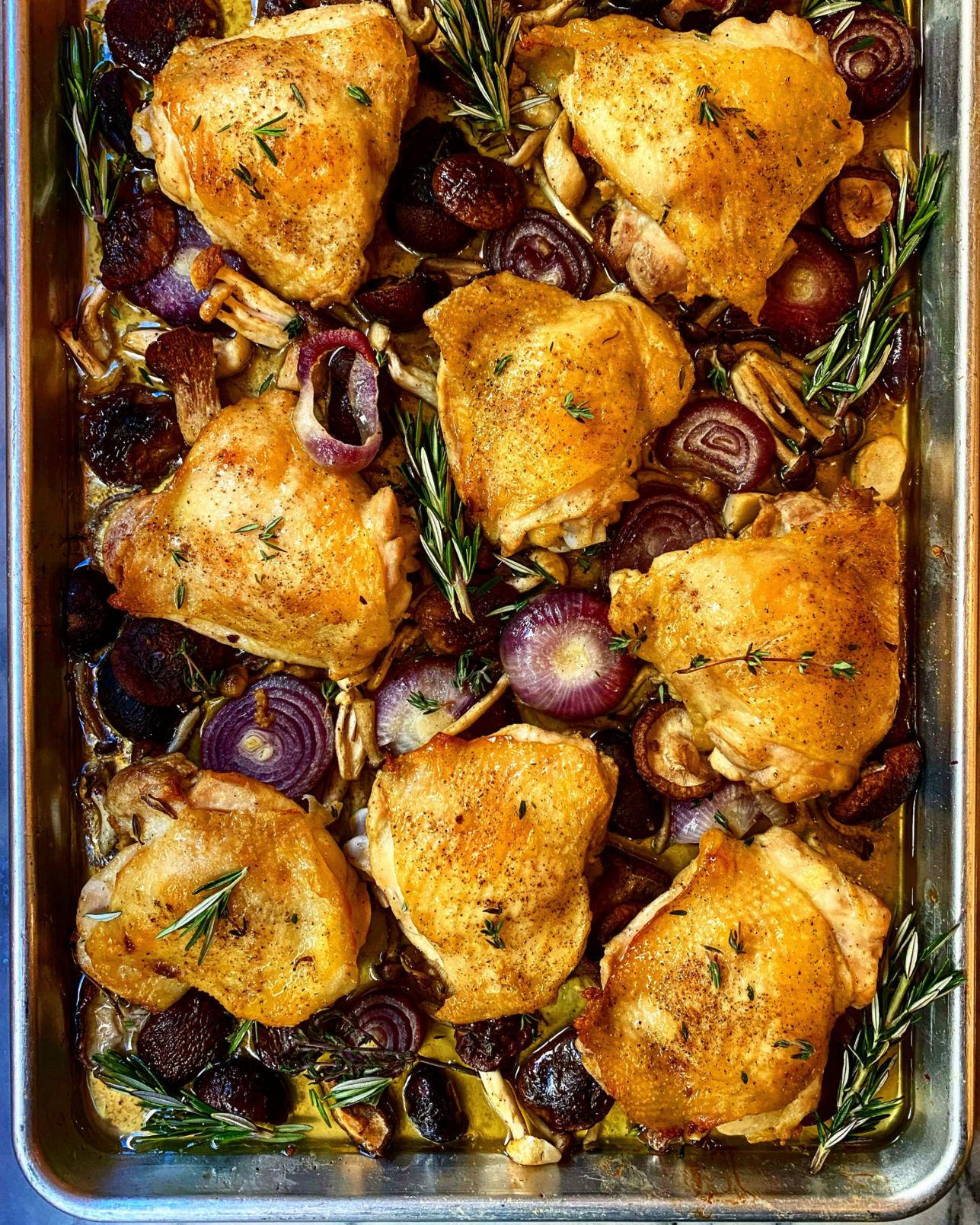