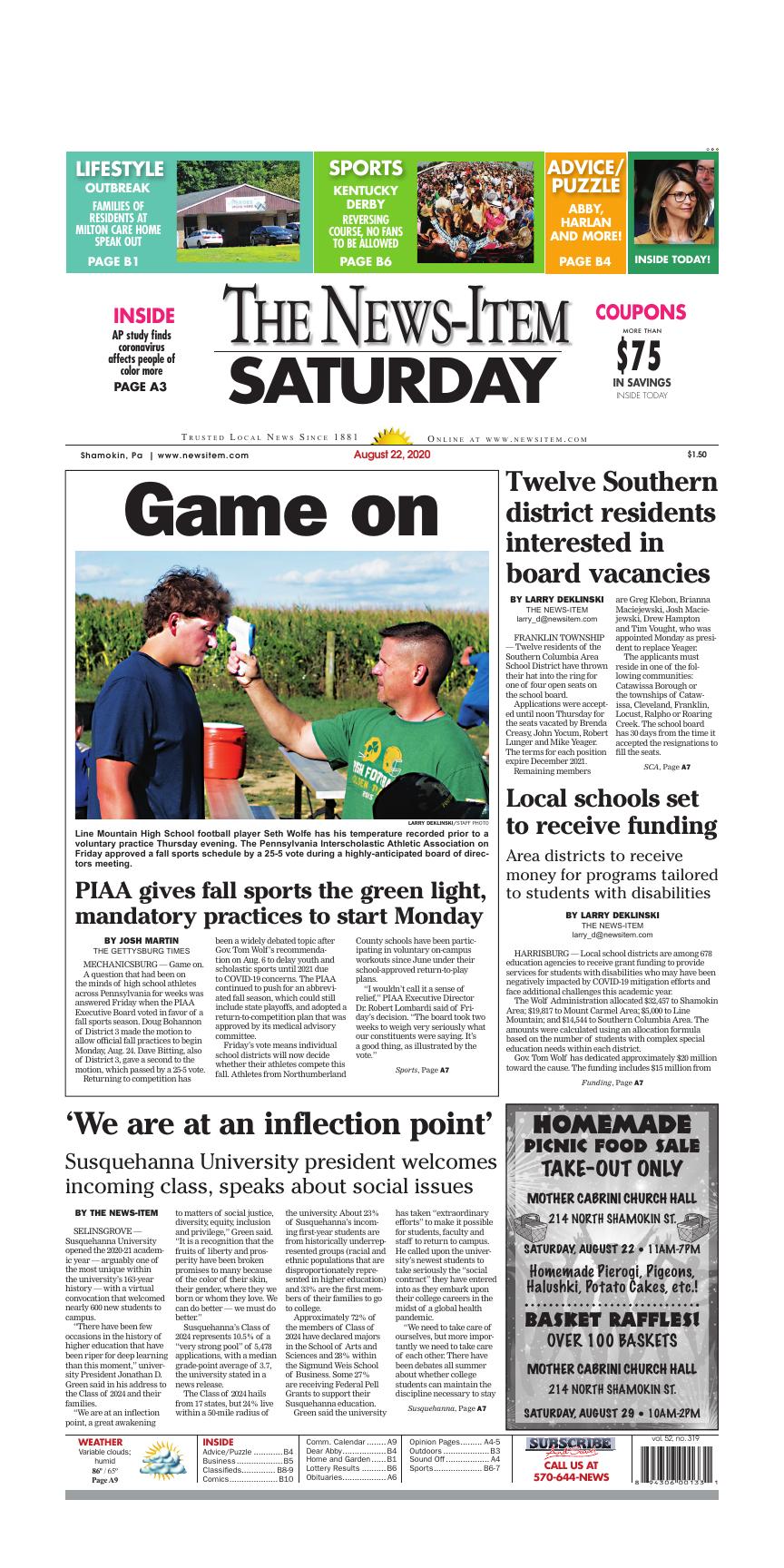 Line Mountain High School football player Seth Wolfe has his temperature recorded prior to a voluntary practice Thursday evening. The Pennsylvania Interscholastic Athletic Association on Friday approved a fall sports schedule by a 25-5 vote during a highly-anticipated board of directors meeting.

A question that had been on the minds of high school athletes across Pennsylvania for weeks was answered Friday when the PIAA Executive Board voted in favor of a fall sports season. Doug Bohannon of District 3 made the motion to allow official fall practices to begin Monday, Aug. 24. Dave Bitting, also of District 3, gave a second to the motion, which passed by a 25-5 vote.

Returning to competition has been a widely debated topic after Gov. Tom Wolf’s recommendation on Aug. 6 to delay youth and scholastic sports until 2021 due to COVID-19 concerns. The PIAA continued to push for an abbreviated fall season, which could still include state playoffs, and adopted a return-to-competition plan that was approved by its medical advisory committee.

Friday’s vote means individual school districts will now decide whether their athletes compete this fall. Athletes from Northumberland County schools have been participating in voluntary on-campus workouts since June under their school-approved return-to-play plans.

“I wouldn’t call it a sense of relief,” PIAA Executive Director Dr. Robert Lombardi said of Friday’s decision. “The board took two weeks to weigh very seriously what our constituents were saying. It’s a good thing, as illustrated by the vote.”

The PIAA will continue to gather information as fall practices begin, making adjustments as necessary.

“We’ll be monitoring this through our district committee members and our board every day starting Monday,” Lombardi said. “We wanted to do our best to provide this start and take it on a step by step measured approach that we’ve done every day since March.”

The first date for competition is Aug. 27 for golf, Aug. 31 for girls’ tennis and Sept. 11 for all other fall sports.

Currently, no spectators are permitted to attend competitions under Wolf’s phased reopening plan for gatherings, which calls for 25 or fewer people for indoor activities and 250 or fewer for outdoor activities. The PIAA reached out to Wolf’s office regarding relief to the restrictions.

“We continue to advocate to have some spectators there, at least mom and dad,” said Lombardi. “We have asked for consideration, but we have not heard anything back yet.”

Lombardi noted Ohio is allowing up to 1,500 people for its scholastic football games but believes that even 25% stadium capacity in Pa. could alleviate some issues.

The question of an officials’ shortage was raised but Lombardi said the number of PIAA officials who are on inactive status is less than 1%.

Friday’s decision concludes a lengthy process that has included multiple meetings, in addition to an emergency session, over the last few months. Lombardi maintained that the PIAA is steadfast in its belief that student-athletes should have the opportunity to compete.

“I think everybody was committed to trying,” he said. “We know there are no guarantees, but we are at least making the attempt to try. If it doesn’t go well and we have to shut down, we’ll do it.

“We think we owed it to our member schools, athletes, coaches, athletic directors, administrators, parents and community members to try.”

Local
top story
Susquehanna University president to Class of 2024: ‘We are at an inflection point’
By THE NEWS-ITEM

SELINSGROVE — Susquehanna University opened the 2020-21 academic year — arguably one of the most unique within the university’s 163-year history — with a virtual convocation that welcomed nearly 600 new students to campus.

“There have been few occasions in the history of higher education that have been riper for deep learning than this moment,” university President Jonathan D. Green said in his address to the Class of 2024 and their families.

“We are at an inflection point, a great awakening to matters of social justice, diversity, equity, inclusion and privilege,” Green said. “It is a recognition that the fruits of liberty and prosperity have been broken promises to many because of the color of their skin, their gender, where they we born or whom they love. We can do better — we must do better.”

Susquehanna’s Class of 2024 represents 10.5% of a “very strong pool” of 5,478 applications, with a median grade-point average of 3.7, the university stated in a news release.

The Class of 2024 hails from 17 states, but 24% live within a 50-mile radius of the university. About 23% of Susquehanna’s incoming first-year students are from historically underrepresented groups (racial and ethnic populations that are disproportionately represented in higher education) and 33% are the first members of their families to go to college.

Approximately 72% of the members of Class of 2024 have declared majors in the School of Arts and Sciences and 28% within the Sigmund Weis School of Business. Some 27% are receiving Federal Pell Grants to support their Susquehanna education.

Green said the university has taken “extraordinary efforts” to make it possible for students, faculty and staff to return to campus. He called upon the university’s newest students to take seriously the “social contract” they have entered into as they embark upon their college careers in the midst of a global health pandemic.

“We need to take care of ourselves, but more importantly we need to take care of each other. There have been debates all summer about whether college students can maintain the discipline necessary to stay safe in residence during the pandemic,” Green said. “We need to prove to the naysayers that Susquehannans can. By joining this community, you are committing to being better.” 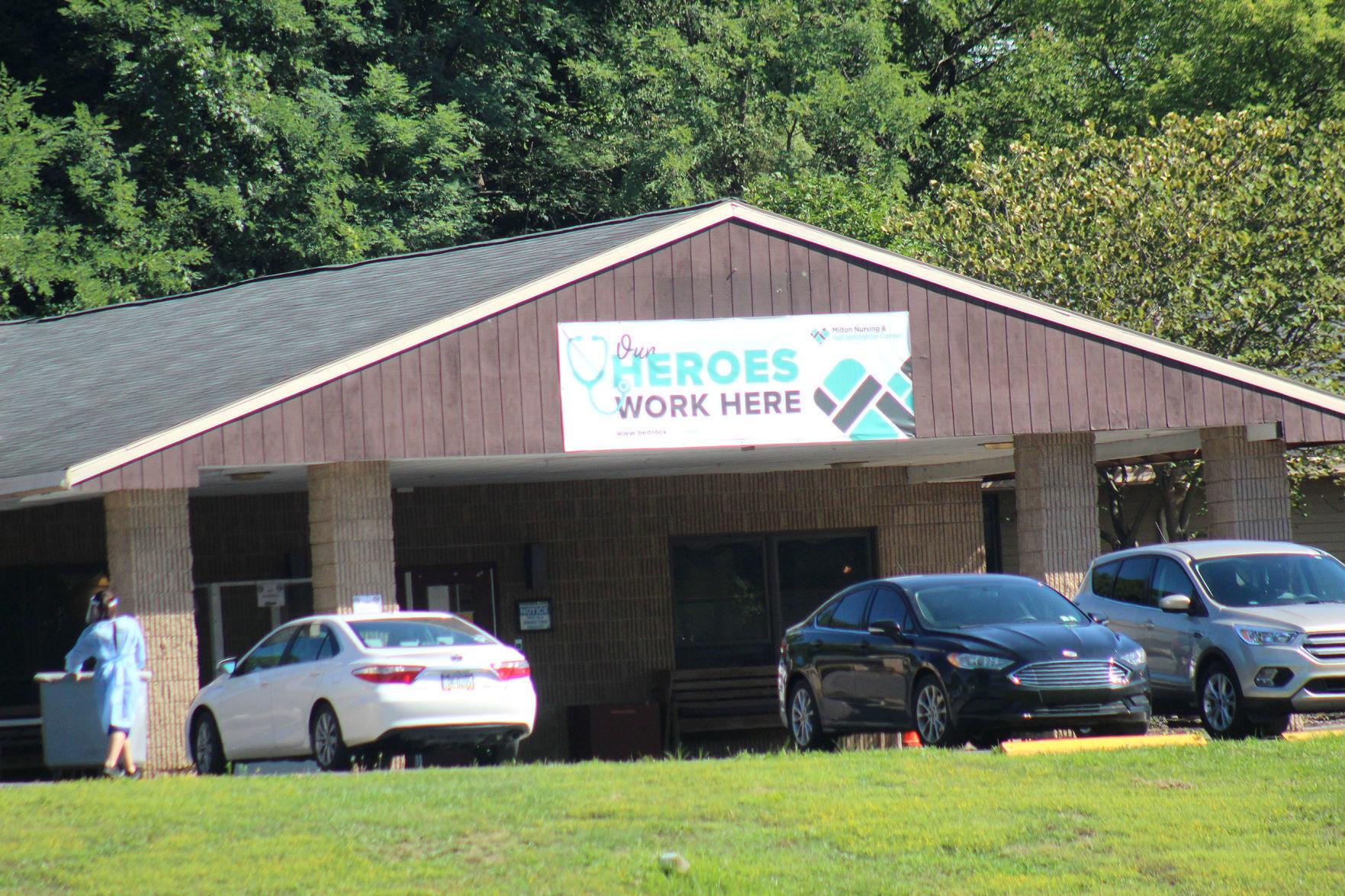 The Pennsylvania Army National Guard has been deployed to assist for five days with various aspects of operation of the Milton Nursing and Rehabilitation Center. Senior Health Care Solutions of Scranton has temporarily taken over management of the facility.

FRANKLIN TOWNSHIP — Twelve residents of the Southern Columbia Area School District have thrown their hat into the ring for one of four open seats on the school board.

Applications were accepted until noon Thursday for the seats vacated by Brenda Creasy, John Yocum, Robert Lunger and Mike Yeager. The terms for each position expire December 2021.

The applicants must reside in one of the following communities: Catawissa Borough or the townships of Catawissa, Cleveland, Franklin, Locust, Ralpho or Roaring Creek. The school board has 30 days from the time it accepted the resignations to fill the seats.

By law, when a government body makes an appointment to an elected office, like a school board, each candidate must be interviewed publicly.

According to Superintendent Jim Becker, each school board candidate will be asked a few scripted questions and any follow-up questions that may arise during a special meeting 6 p.m. Monday. The meeting will be broadcast on the district’s YouTube page to allow more people to access meetings.

Klebon told The News-Item that he does not believe the ex-directors left on bad terms and that some issues last fall have been “blown out of proportion.”

In July, Creasy submitted a letter of resignation, which was accepted at the board’s Aug. 3. meeting. She indicated to board members her intent to retire from her job in Bloomsburg and travel to New Mexico.

Letters of resignation were received by the district from Yocum and Yeager on Aug. 11, and Lunger on Aug. 17. The letters were obtained by The News-Item on Thursday.

In a hand-written letter addressed to Becker and the board, Lunger said, “It is time to step down or get off the fence.”

“I am glad I had this experience. Everyone should have time for new input from (the) public,” he wrote in the letter before thanking and wishing the district good luck.

Yeager, who served on the board since 2003 and serves as the volunteer director of Southern Columbia Community Foundation, submitted a one-sentence letter to Becker and did not state why he was resigning.

Yocum was appointed on Jan. 20 to once again serve on the board, filling a vacancy left by Northumberland County Commissioner Joseph Klebon, after failing to earn a renomination in the 2019 primary.

Yocum, who was first elected in the 2007 general election and turns 81 in September, informed the district in his letter that he was resigning from the board for “health and other reasons.”

“The other reasons do not include the ‘new’ administration of Southern Columbia. I voted to improve their employment and have confidence in their ability to continue the great school reputation of Southern Columbia,” he wrote in the letter. “One of the reasons for my resignation at this time was the large number of persons interested in becoming a director.”

He went on to thank employees, specifically mentioning teachers, who helped him while serving on the board and wished the district “the very best.”

HARRISBURG — Local school districts are among 678 education agencies to receive grant funding to provide services for students with disabilities who may have been negatively impacted by COVID-19 mitigation efforts and face additional challenges this academic year.

The Wolf Administration allocated $32,457 to Shamokin Area; $19,817 to Mount Carmel Area; $5,000 to Line Mountain; and $14,544 to Southern Columbia Area. The amounts were calculated using an allocation formula based on the number of students with complex special education needs within each district.

Gov. Tom Wolf has dedicated approximately $20 million toward the cause. The funding includes $15 million from Governor’s Emergency Education Relief (GEER) Fund and $5 million from the Department of Education’s federal funding through the Individuals with Disabilities Education Act (IDEA).

“While COVID-19 impacted all students this year, it was particularly hard on our children with special needs, who often require additional support and services to assist their learning,” Wolf was quoted in a news release. “This funding will help schools as they put structures in place to help these students while we work to mitigate the spread of this pandemic.”

The Coronavirus Aid, Relief and Economic Security (CARES) Act authorizes governors to determine the educational use of GEER funds.

The Special Education COVID-19 Impact Mitigation grant (SECIM) will provide $15 million in financial support ($10M GEER, $5M IDEA) to local education agencies to provide enhanced synchronous (real-time) instruction to bolster remote services and supports for students with complex needs, and provide services and supports to students with disabilities who experienced a loss in skills and behavior and/or a lack of progress due to the mandatory school closures.

An additional $5 million in GEER grant funding will be available to Preschool Early Intervention programs to provide compensatory educational services.

“While (local education agencies) transition to implementing reopening plans for the 2020-21 school year, they continue to face challenges in delivering free appropriate public education and providing services to students with disabilities,” said Secretary of Education Pedro A. Rivera. “This critical funding will help schools as they work with their students with special needs to rebuild skills and behaviors that were diminished during the COVID-19 shutdown.” 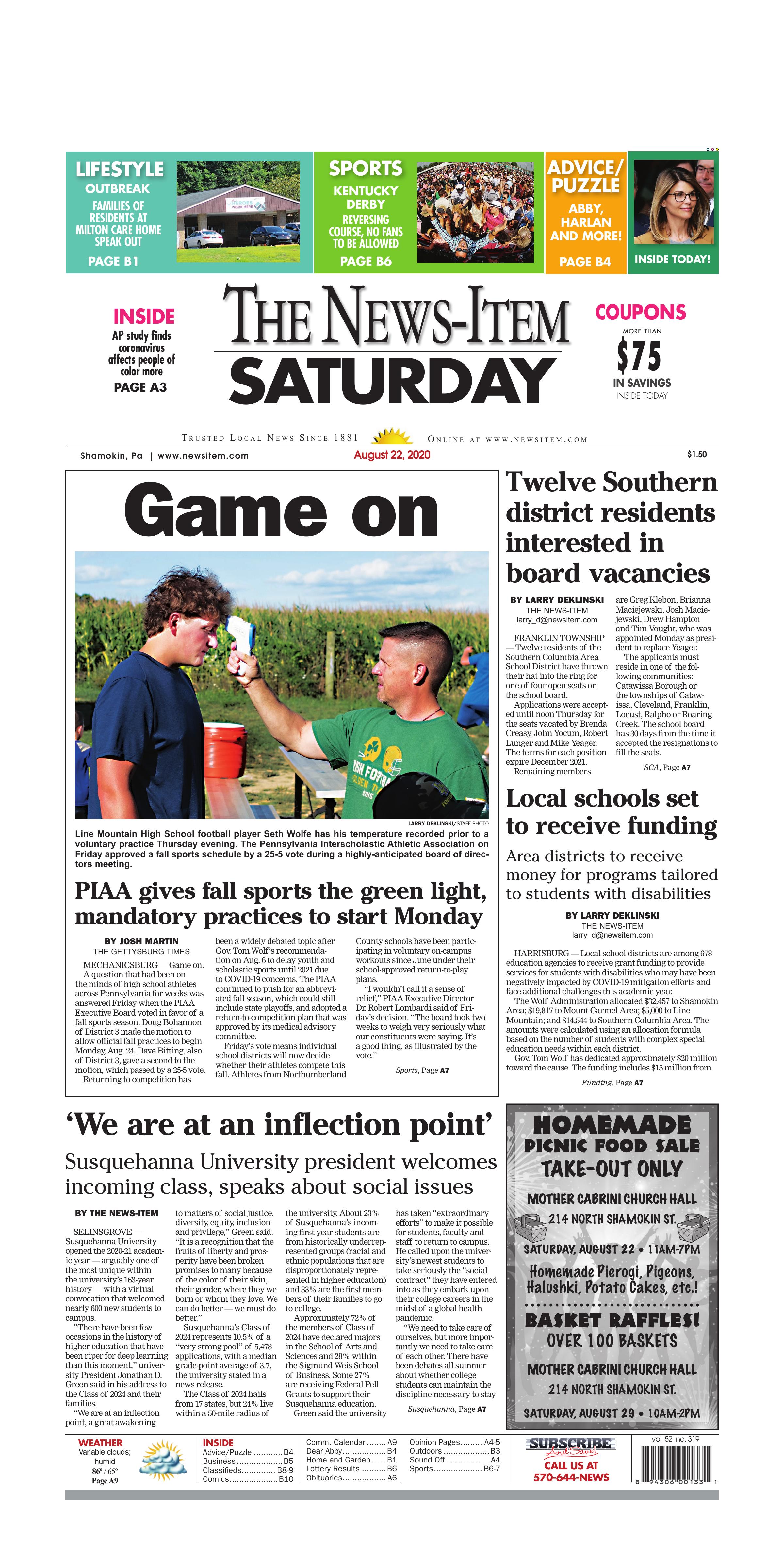