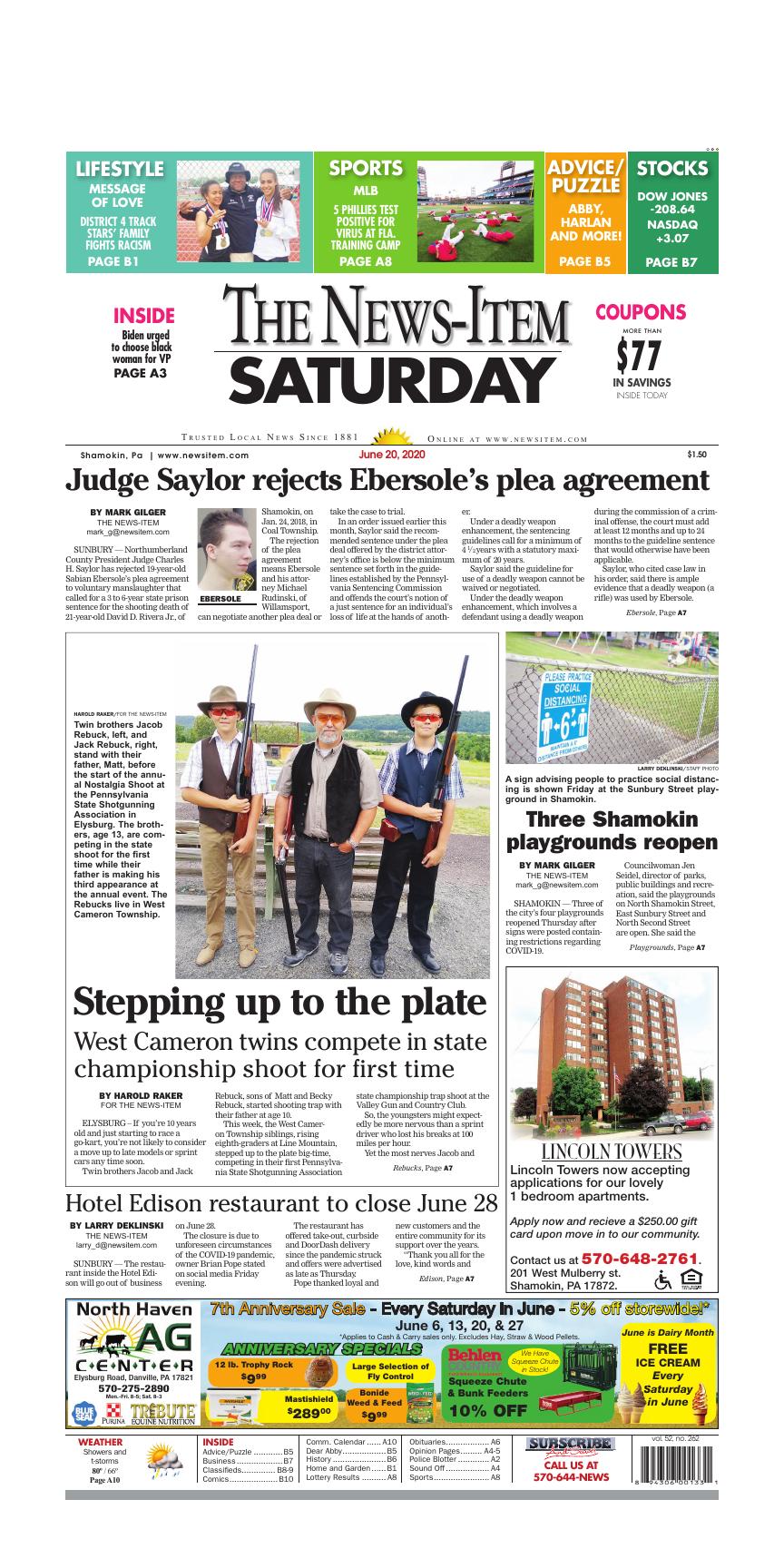 The rejection of the plea agreement means Ebersole and his attorney Michael Rudinski, of Willamsport, can negotiate another plea deal or take the case to trial.

In an order issued earlier this month, Saylor said the recommended sentence under the plea deal offered by the district attorney’s office is below the minimum sentence set forth in the guidelines established by the Pennsylvania Sentencing Commission and offends the court’s notion of a just sentence for an individual’s loss of life at the hands of another.

Under a deadly weapon enhancement, the sentencing guidelines call for a minimum of 4 1/2 years with a statutory maximum of 20 years.

Saylor said the guideline for use of a deadly weapon cannot be waived or negotiated.

Under the deadly weapon enhancement, which involves a defendant using a deadly weapon during the commission of a criminal offense, the court must add at least 12 months and up to 24 months to the guideline sentence that would otherwise have been applicable.

Saylor, who cited case law in his order, said there is ample evidence that a deadly weapon (a rifle) was used by Ebersole.

During a previous hearing, Saylor pointed out that Northumberland County Coroner James Kelley testified that the cause of Rivera’s death was a gunshot wound to his torso. He said police officers also testified at the hearing that Ebersole admitted to shooting the victim while allegedly defending a friend.

Last month, Ebersole was scheduled to be sentenced on a felony of voluntary manslaughter that he pleaded guilty to March 2. But the sentencing was continued when the adult probation department amended its pre-sentence investigation to include a deadly weapon enhancement that would increase Ebersole’s minimum state prison sentence from 3 to 4 1/2 years.

Ebersole was 17 at the time of the shooting that involved an alleged botched drug deal.

Local
top story
Stepping up to the plate: West Cameron twins compete in state championship shoot for first time
By HAROLD RAKER FOR THE NEWS-ITEM
06.19.20
Harold Raker/For The News-Item

Twin brothers Jacob Rebuck, left, and Jack Rebuck, right, stand with their father, Matt, before the start of the annual Nostalgia Shoot at the Pennsylvania State Shotgunning Association in Elysburg. The brothers, age 13, are competing in the state shoot for the first time while their father is making his third appearance at the annual event. The Rebucks live in West Cameron Township.

ELYSBURG – If you’re 10 years old and just starting to race a go-kart, you’re not likely to consider a move up to late models or sprint cars any time soon.

Twin brothers Jacob and Jack Rebuck, sons of Matt and Becky Rebuck, started shooting trap with their father at age 10.

So, the youngsters might expectedly be more nervous than a sprint driver who lost his breaks at 100 miles per hour.

Yet the most nerves Jacob and Jack dealt with at the state shoot, where the best in the world have competed, was during the interview for this story.

But the skills they have shown in a short time indicate this pair could be doing a lot of their talking on the trap fields for years to come.

Although the boys followed their father into the sport, Matt, 43, started only four years ago and made his debut in the state shoot in 2017.

“The first year here I had a whole lot of success,” he said. “I was the overall champion in two events.”

He was also named the Rookie of the Year by Trap and Field, a national magazine.

While Jacob and Jack got the love of trapshooting from their dad, Matt arrived more by happenstance.

“We do a lot of rifle hunting and bow and arrow hunting. We had a local (trapshooting) fundraiser for Line Mountain field hockey at Martz’s game farm and I took a very cheap shotgun that I got when I was 12 years old at Christmas,” Matt recalled.

“I did real well with it and it just grew from there,” he said of his interest in trap.

He used the gun for three or four months then bought a dedicated trap shotgun. He also built a trap field on their property where he and the boys can work on their skills and they recently opened a business, Line Mountain Outdoors, selling ammunition, traps and loading supplies.

Both Matt and Becky are 1994 graduates of Line Mountain High School.

Matt said the biggest challenge for his sons in going from the local clubs to shooting in the state event is that, locally they will shoot at 50 birds. Here, they fire at 100.

That’s why he only had them shoot a couple of days this week, and only singles, even though the tournament continues through Sunday.

Jacob said the biggest difference this week is “I shot more.’’

Jack agreed that shooting at the Valley Gun facility is easier, because of the better view you get of the birds.

“It’s a good background,” added Jack. “You can see the targets. At Hegins, they come out about 12 feet from the trap house and it’s a big blur.”

Matt said that he and his sons all struggle with one thing: “The large majority of the trap shooters are two-eyed shooters. They see and shoot. We all shoot one-eyed, more like a rifle style with a scope,” he said.

Jack achieved a milestone this week, reaching a goal that had barely eluded him at the local clubs.

He broke a string of 25 straight last weekend here at the Colonial Classic, after having done 24 several times in local shoots.

Like a bowler getting nervous on the 10th frame working on a perfect game, the final bird can be tough mentally.

For Jack, it was not an issue because he didn’t know he had broken them all.

“I thought I missed the third one out, but after I got done, I saw that I got it,” he said of the 25 straight.

With all his close calls, Jack said, “I was thinking that I would get it soon enough because I had a bunch of 24s.”

He came close to that as well when he broke his first 25. “I missed the fourth-to-last one out,” he said.

Although Jacob believes it is easier to shoot here, he struggled early on. While his brother shot a pair of 94s, Jacob got 78 and 80.

“He struggled. I think his nerves got the best of him,” Becky said.

But Jacob is not discouraged.

His dad said, “Before this week, they both shot 50 birds and came up with some 48s.”

He said the 94 that Jack shot in extremely windy conditions on Saturday was better than some of the adults.

Both Jacob and Jack also play football in the Line Mountain youth program and are members of the school’s archery club. They will enter eighth grade in the fall.

The boys said they hope to continue to participate in trapshooting for years beyond high school.

Matt and his sons each participated in the annual Nostalgia Shoot earlier in the week, wearing some of the clothing that they got from their late grandfather Dr. Ralph “Doc” Wilkinson, of Trevorton. The boys each used old Model 12 shotguns that they got from Wilkinson.

The fifth member of the Rebuck family, 16-year-old daughter, Johna, is also active at the trap shoot, where she is in her third year working as a scorekeeper.

Along with many other young shooters, the Rebucks have learned from veteran shooters Ryan Ramsay, of the Shamokin area, who has been a coach of the trapshooting team at Williams Valley High School.

“He taught me not to flinch at the bird, to see it clearly first,” Jacob said, adding that he taught him to keep his head down.

“All the time on (position) three, which is a straightaway, I can’t keep my head down and I will just go straight over it.

“When we were in winter league, I would be on (position) five and I would pull the gun up and I started getting out there and the stock would come out, and he helped me with that too,” he said.

Jack added that another shooter at Hegins, Lenny Mackavage, also helped him with those issues.

Jacob said, “I like (posts) four and two, those I am good at. On one, I just shoot over the top and I miss them a lot.”

Matt added, “He shoots behind them.”

The boys said they watched some of the top shooters compete and one they were the most impressed with was a doubles shooter from New York who amazed them with how fast he blasted the birds.

“He shoots them before most people can see them,” Matt said. “He’s the fastest shooter out here.”

SUNBURY — The restaurant inside the Hotel Edison will go out of business on June 28.

The closure is due to unforeseen circumstances of the COVID-19 pandemic, owner Brian Pope stated on social media Friday evening.

The restaurant has offered take-out, curbside and DoorDash delivery since the pandemic struck and offers were advertised as late as Thursday.

Pope thanked loyal and new customers and the entire community for its support over the years.

“Thank you all for the love, kind words and patronage through this difficult time,” Pope stated. “We appreciate you all very much and hope to see you all very soon.”

Pope, who became the new proprietor of the restaurant in May 2018, said he did his best to maintain the integrity of the restaurant and patrons during the pandemic, but “forces beyond his control” dictated otherwise.

“Thank you guys for working hard and trying to keep the dream alive,” he wrote. “I wish you well, good health and luck in your future endeavors. This was not an easy decision, but one that needed to be made.”

More than 130 people left messages on the Facebook post within three hours of the sudden announcement. Several comments complimented the restaurant’s food and atmosphere. 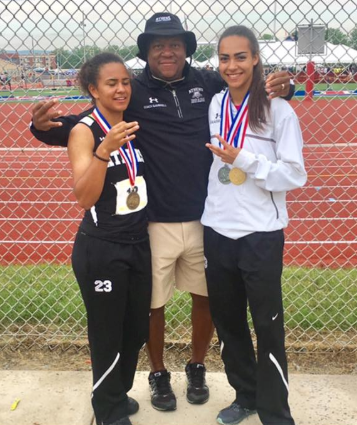 A sign advising people to practice social distancing is shown Friday at the Sunbury Street playground in Shamokin.

Once the damaged pavilion is removed from the Fifth Street playground, Seidel said new benches and picnic tables will be installed.

“I am so happy the playgrounds have reopened,” Seidel said. “It was so heartbreaking for me to see the kids not have a place to go during their time off from school.”

In addition to proper signage listing COVID-19 restrictions, Seidel said the city hopes to use some of the $174,432 in project funds from the Community Development Block Grant-Coronavirus Aid, Relief and Economic Security (CARES) Act it will receive to purchase new playground equipment and further sanitize the recreation facilities.

Seidel said the city also is looking to install tables and benches at the Lawton Shroyer Memorial Swimming Pool that can be cleaned easier than the wooden benches and tables currently at the pool, which is closed for the season due to the coronavirus pandemic.

She said hand sanitizers also will be installed at the pool and Claude Kehler Community Park.

“We want to make good use of the money to make our playgrounds and community pool as safe as possible,” Seidel said. “We also want to take additional safety measures in case the coronavirus resurfaces down the road.”

Playgrounds, like many retail businesses and restaurants, were mandated by Gov. Tom Wolf to close in the middle of March due to the COVID-19 pandemic. Northumberland County moved into the “green” June 19 under the state’s phased reopening system. 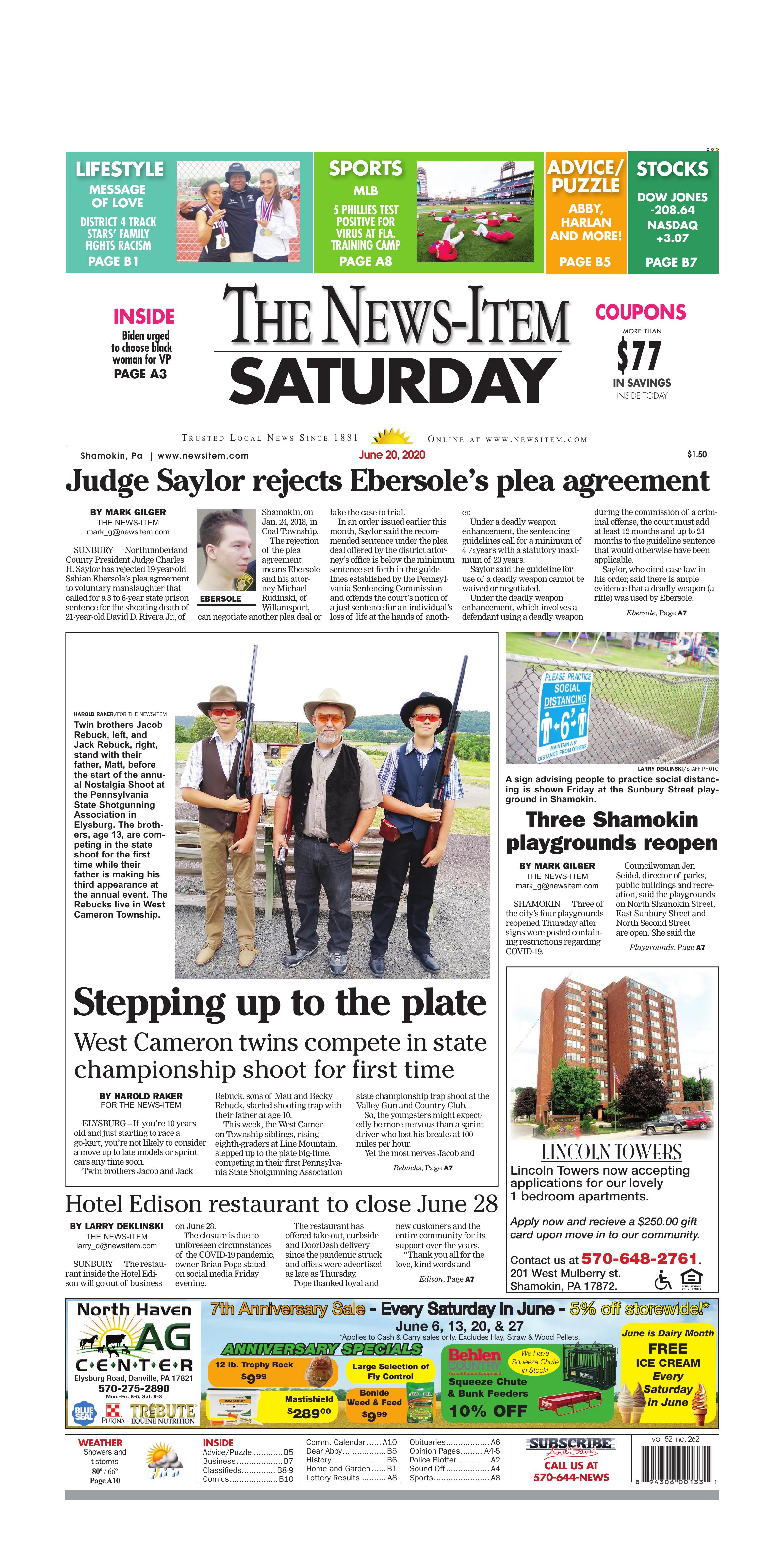