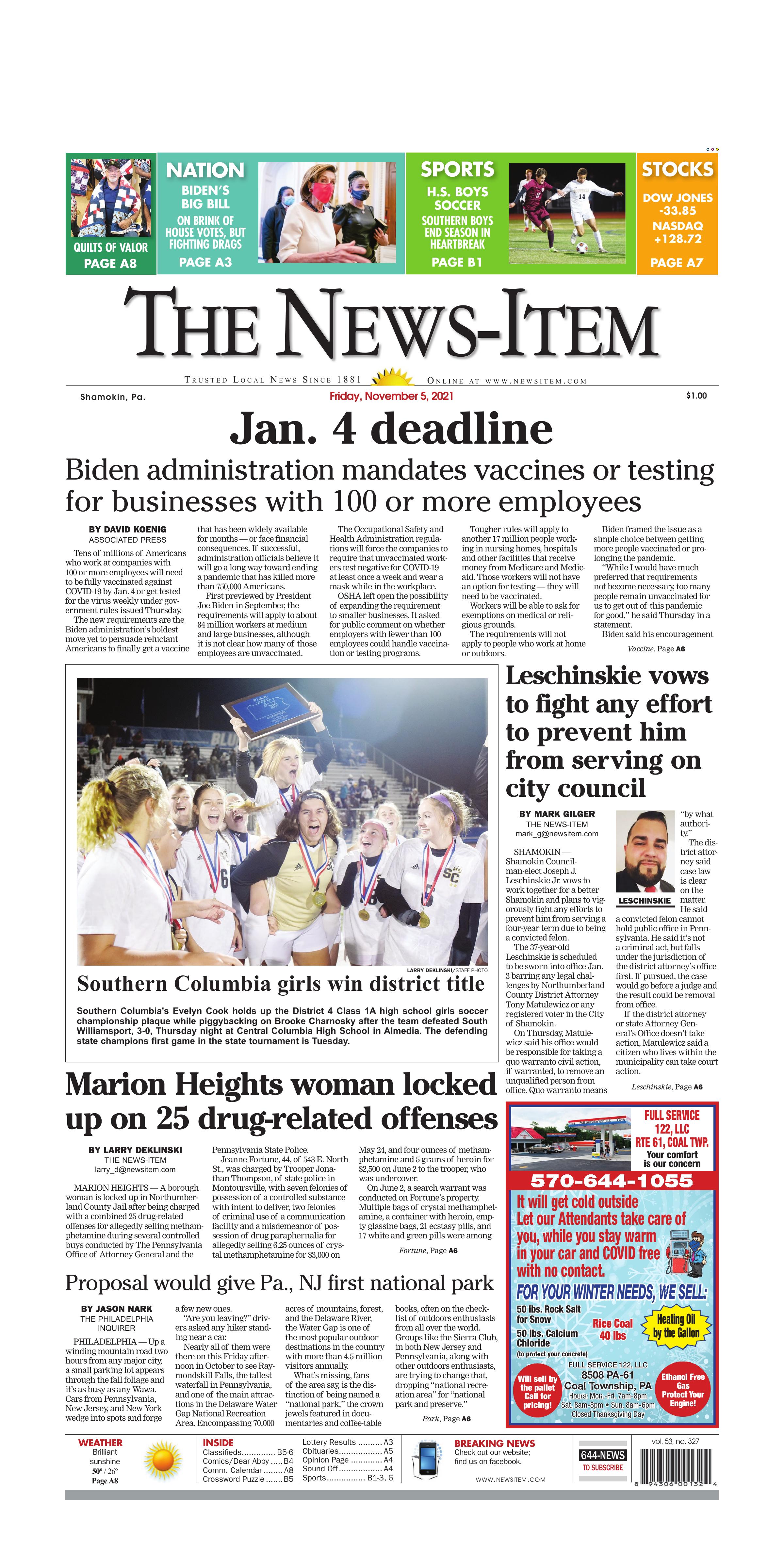 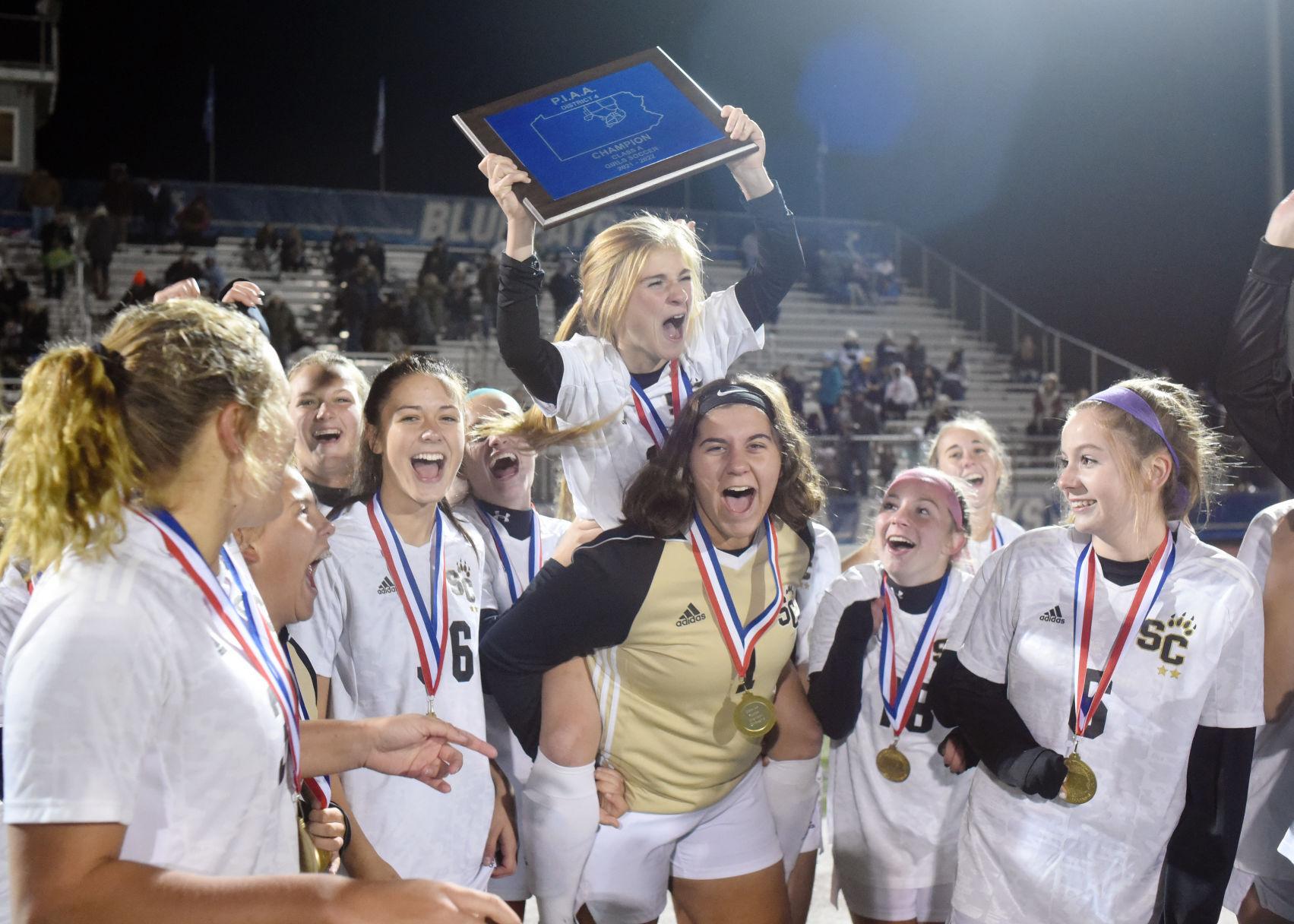 MARION HEIGHTS — A borough woman is locked up in Northumberland County Jail after being charged with a combined 25 drug-related offenses for allegedly selling methamphetamine during several controlled buys conducted by The Pennsylvania Office of Attorney General and the Pennsylvania State Police.

Jeanne Fortune, 44, of 543 E. North St., was charged by Trooper Jonathan Thompson, of state police in Montoursville, with seven felonies of possession of a controlled substance with intent to deliver, two felonies of criminal use of a communication facility and a misdemeanor of possession of drug paraphernalia for allegedly selling 6.25 ounces of crystal methamphetamine for $3,000 on May 24, and four ounces of methamphetamine and 5 grams of heroin for $2,500 on June 2 to the trooper, who was undercover.

On June 2, a search warrant was conducted on Fortune’s property. Multiple bags of crystal methamphetamine, a container with heroin, empty glassine bags, 21 ecstasy pills, and 17 white and green pills were among the items seized.

Fortune was arraigned Tuesday in front of Magisterial District Judge William Cole and remanded to Northumberland County Jail in lieu of $150,000 straight bail.

Fortune was arraigned was arraigned Tuesday in front of Cole and remanded to Northumberland County Jail in lieu of $150,000 cash bail. 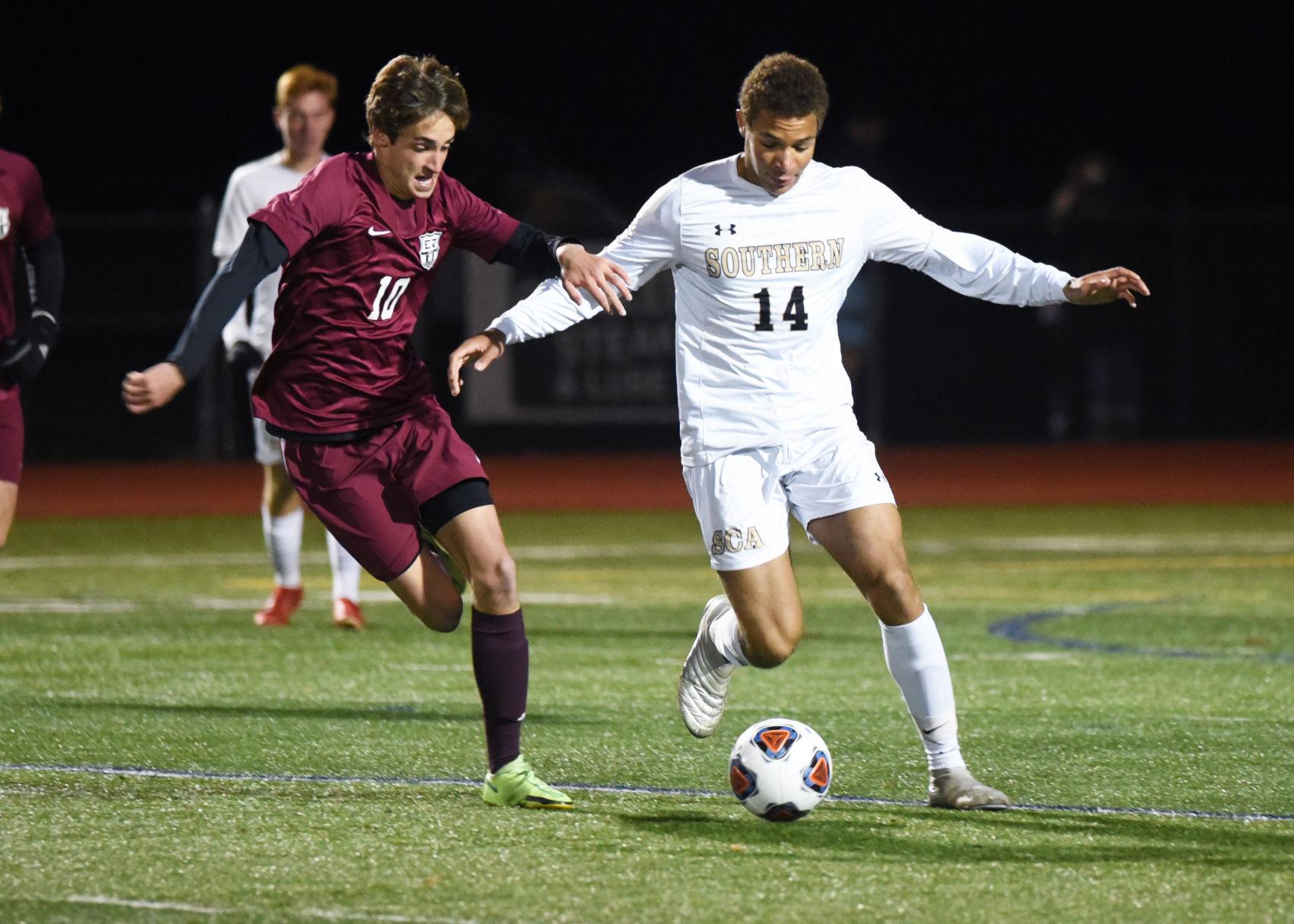 SHAMOKIN — Shamokin Councilman-elect Joseph J. Leschinskie Jr. vows to work together for a better Shamokin and plans to vigorously fight any efforts to prevent him from serving a four-year term due to being a convicted felon.

The 37-year-old Leschinskie is scheduled to be sworn into office Jan. 3 barring any legal challenges by Northumberland County District Attorney Tony Matulewicz or any registered voter in the City of Shamokin.

On Thursday, Matulewicz said his office would be responsible for taking a quo warranto civil action, if warranted, to remove an unqualified person from office. Quo warranto means “by what authority.”

The district attorney said case law is clear on the matter. He said a convicted felon cannot hold public office in Pennsylvania. He said it’s not a criminal act, but falls under the jurisdiction of the district attorney’s office first. If pursued, the case would go before a judge and the result could be removal from office.

If the district attorney or state Attorney General’s Office doesn’t take action, Matulewicz said a citizen who lives within the municipality can take court action.

Leschinskie and Matulewicz previously referenced the case of Michael Helfrich, a convicted felon who was elected mayor of York and survived efforts to remove him from office.

Helfrich, who pleaded guilty in 1991 to criminal conspiracy to commit possession with intent to deliver LSD and psilocybin mushrooms and possession of marijuana, was reelected mayor Tuesday.

Matulewicz said Thursday the York case was complicated. He said the original district attorney involved in the case had a conflict of interest and the Attorney General’s Office did not pursue action. He said private citizens then filed court action, but the case was later withdrawn.

Matulewicz said no quo warranto action can occur until the election results are certified by the state.

During a telephone interview Thursday, Leschinskie talked about his victory in Tuesday’s general election and the successful campaign of his Republican running mate, Richard Ulrich, who easily defeated Councilwoman Jennifer Seidel for Shamokin mayor.

Leschinskie, who has two criminal cases pending in Northumberland County, said he has instructed his attorney Michael Rudinski, of Williamsport, to file a petition for an emergency injunction in Northumberland County Court in an attempt to have a bail condition lifted that prevents him from being within 100 feet of Seidel or her husband, Erik Seidel.

“It’s important for me to have the restriction lifted so I can attend city council meetings and public events in the community,” Leschinskie said. “I have no issue staying away from them in other places. It’s important as a councilman-elect to have as much information as possible about issues facing the city.”

He added, “If I was a threat to the Seidels or anyone in the public, I would be in jail.”

The Republican councilman-elect said he doesn’t think Matulewicz should get involved in challenging what he believes is his right to serve despite being a convicted felon.

In 2009, Leschinskie pleaded guilty to two felony counts of possessing with intent to deliver cocaine.

A pre-trial conference is scheduled on the charges for 1:15 p.m. Jan. 6 in front of Senior Judge Harold Woelfel Jr., who imposed the bail conditions on Leschinskie that include not getting within 100 feet of the Seidels.

Stark also charged Leschinskie with misdemeanors of obstructing administration of the law, unlawful use of an audio or video device in court and disorderly conduct.

He is accused of using his cellphone to record a Jan. 4, 2019, summary appeals hearing regarding a speeding violation before Northumberland County Judge Paige Rosini. No new court date has been set in that case.

“I don’t think the district attorney should get involved because he is an executive row officer with the Northumberland County Republican Committee,” Leschinskie said. “I believe it would be a conflict if Tony (Matulewicz) would challenge my right to take office. Also, a conflict exists with his office having two pending court cases against me.”

Leschinskie said Matulewicz should be more concerned about the number of murders, shootings and other serious crimes in the county instead of challenging his right to serve in office.

“I knew this would be an issue if I won,” Leschinskie said. “But I want to focus on the good and I am willing to work with Mr. Matulewicz in helping our county.”

If a challenge is lodged against him serving as councilman, Leschinskie believes the voters will feel their votes didn’t count. He also believes he’s being targeted.

He stated, “It was a free election that I won fair and square. It was the will of the people to elect me councilman. The people have spoken and have seen a change in me over the years. I worked hard for the past 5 1/2 years in politics and the voters believed in me this time. I campaigned very hard and reached out to every voter and gave them the opportunity to put my past on the table and decide who they wanted in office. The voters agreed with me that it’s time for a change in Shamokin.”

Leschinskie thanked his election opponents for wanting to make a change in Shamokin.

“I intend on serving my full four-year term with Mayor Ulrich and making the changes people want to see,” he said. “My campaign message was ‘it’s time for a change,’ and the people put me in office to be that change along with Mr. Ulrich. My only goal is to do what people elected me to do.”

Leschinskie said he went to City Hall on Wednesday to meet with staff members. He said everyone was receptive to him being there.

He said Mayor John Brown and his wife, Denise, have been “tremendous” in trying to help his transition into public office as seamless as possible. Leschinskie said he plans to create a transition team.

He said Brown and Shamokin City Administrator Robert Slaby are checking the legalities involved with him possibly attending meetings with Act 47 officials and executive sessions.

“My focus is not to go into office and fight with anyone. The fight is over and it’s time to work together for a better Shamokin,” Leschinskie said.

He thanked Ulrich for providing him great advice during their campaign that led to their victories. “We ran a clean campaign and we had unbelievable support,” he said.

Leschinskie also said his victory restored his faith in God.

Since winning the election, he said between 20 and 25 people have told him he was an inspiration to people who made mistakes in the past. 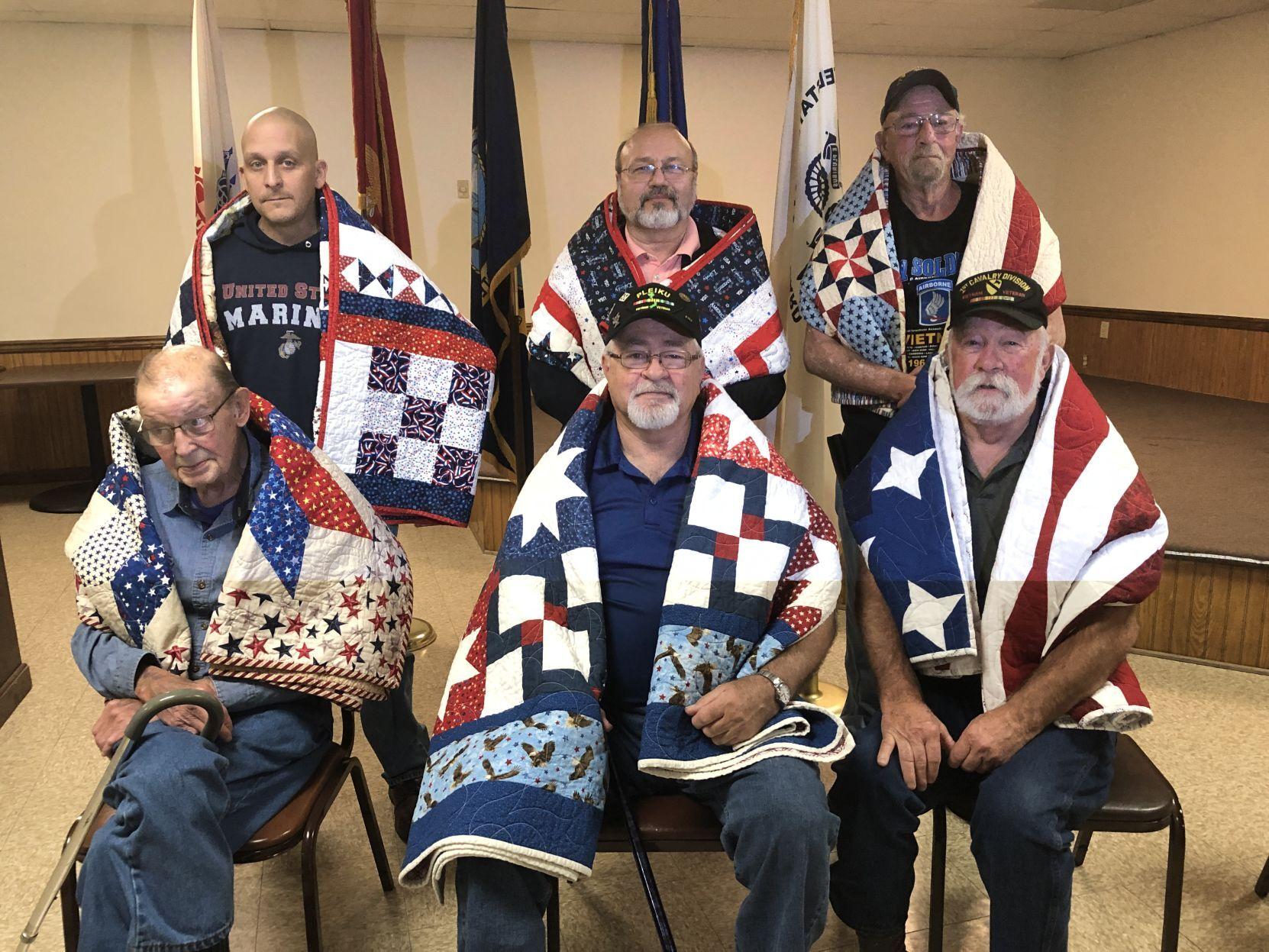