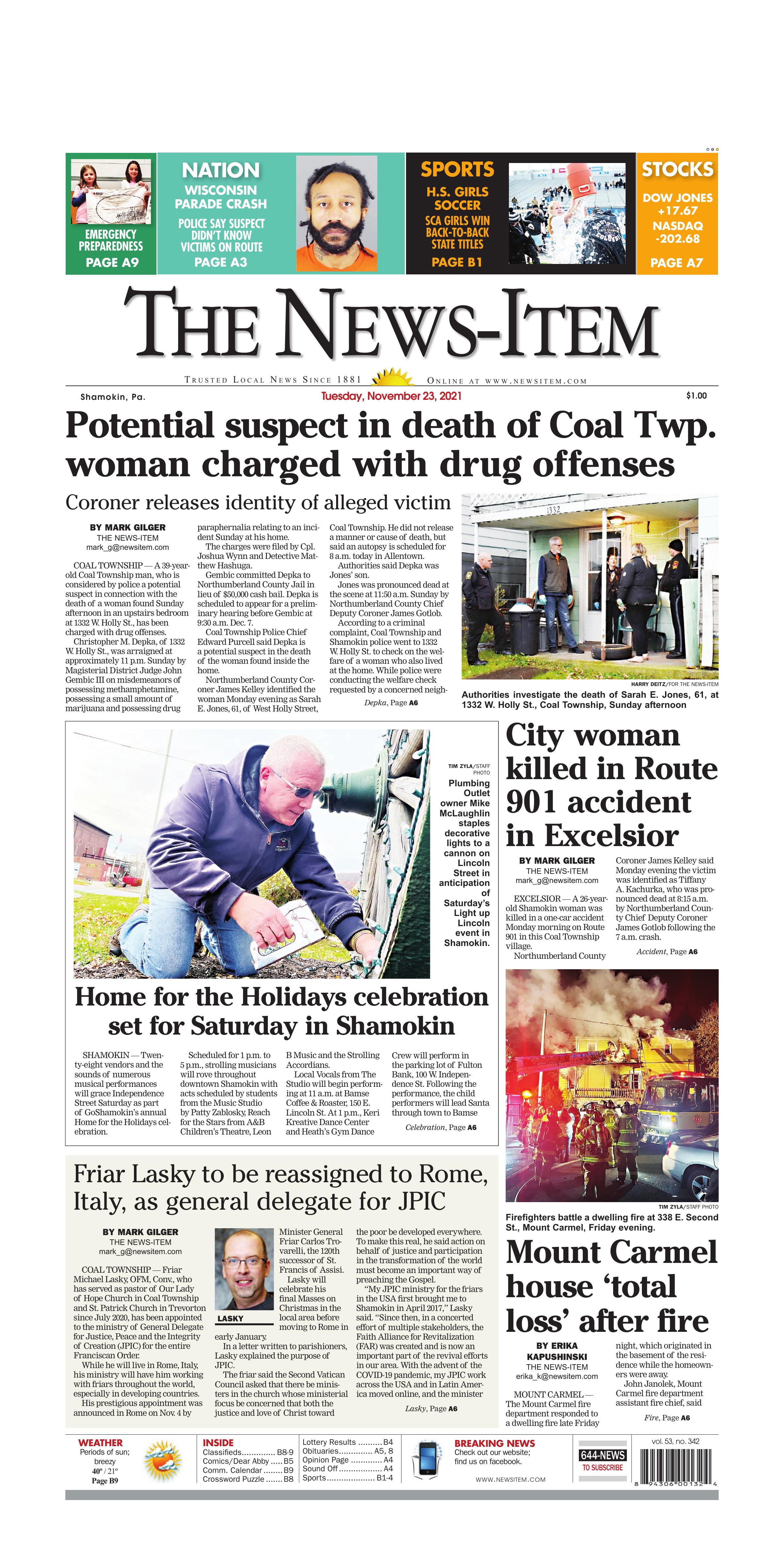 COAL TOWNSHIP — A 39-year-old Coal Township man, who is considered by police a potential suspect in connection with the death of a woman found Sunday afternoon in an upstairs bedroom at 1332 W. Holly St., has been charged with drug offenses.

Christopher M. Depka, of 1332 W. Holly St., was arraigned at approximately 11 p.m. Sunday by Magisterial District Judge John Gembic III on misdemeanors of possessing methamphetamine, possessing a small amount of marijuana and possessing drug paraphernalia relating to an incident Sunday at his home.

The charges were filed by Cpl. Joshua Wynn and Detective Matthew Hashuga.

Gembic committed Depka to Northumberland County Jail in lieu of $50,000 cash bail. Depka is scheduled to appear for a preliminary hearing before Gembic at 9:30 a.m. Dec. 7.

Coal Township Police Chief Edward Purcell said Depka is a potential suspect in the death of the woman found inside the home.

Northumberland County Coroner James Kelley identified the woman Monday evening as Sarah E. Jones, 61, of West Holly Street, Coal Township. He did not release a manner or cause of death, but said an autopsy is scheduled for 8 a.m. today in Allentown.

According to a criminal complaint, Coal Township and Shamokin police went to 1332 W. Holly St. to check on the welfare of a woman who also lived at the home. While police were conducting the welfare check requested by a concerned neighbor, they located Depka in a bathroom, where they also found a syringe with a needle attached.

Police also located a black bag in the bathroom containing syringes with needles, suspected marijuana and a white powder.

Police reported Depka was ripping up flooring when the found him.

Depka was detained and searched by Shamokin Patrolman James Filko, who found a bag of methamphetamine in Depka’s shorts.

Police revealed in the search warrant that they do not believe the death was caused by natural causes. They said a baseball bat was found in the bedroom at the time Jones’ body was discovered.

SHAMOKIN — Twenty-eight vendors and the sounds of numerous musical performances will grace Independence Street Saturday as part of GoShamokin’s annual Home for the Holidays celebration.

Scheduled for 1 p.m. to 5 p.m., strolling musicians will rove throughout downtown Shamokin with acts scheduled by students from the Music Studio by Patty Zablosky, Reach for the Stars from A&B Children’s Theatre, Leon B Music and the Strolling Accordians.

Local Vocals from The Studio will begin performing at 11 a.m. at Bamse Coffee & Roaster, 150 E. Lincoln St. At 1 p.m., Keri Kreative Dance Center and Heath’s Gym Dance Crew will perform in the parking lot of Fulton Bank, 100 W. Independence St. Following the performance, the child performers will lead Santa through town to Bamse and will stay there until 7:30 p.m. for pictures.

A petting zoo will be located on Ninth Street for the duration of the four-hour event.

Following the conclusion of Home for the Holidays, the annual Light up Lincoln walking tour will begin at the intersection of Market and Lincoln streets. During the event, costumed narrators will give short presentations about the history of Shamokin. The event will end on the other side of Lincoln Street, by the Kallaway Center for the Arts and Bamse. Inside Bamse, the Shamokin Area brass ensemble will be playing for participants to enjoy.

Oliver's Cigar Lounge and Stream Boutique and Scentsy by Lisa

The Dining Room at Sweet Tooth Cafe and face painting

2 Gals and a Glue Gun

Local
top story
Friar Lasky to be reassigned to Rome, Italy, as general delegate for JPIC 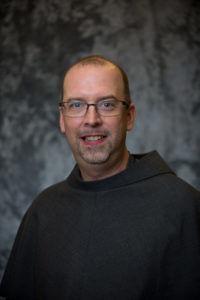 COAL TOWNSHIP — Friar Michael Lasky, OFM, Conv., who has served as pastor of Our Lady of Hope Church in Coal Township and St. Patrick Church in Trevorton since July 2020, has been appointed to the ministry of General Delegate for Justice, Peace and the Integrity of Creation (JPIC) for the entire Franciscan Order.

While he will live in Rome, Italy, his ministry will have him working with friars throughout the world, especially in developing countries.

His prestigious appointment was announced in Rome on Nov. 4 by Minister General Friar Carlos Trovarelli, the 120th successor of St. Francis of Assisi.

Lasky will celebrate his final Masses on Christmas in the local area before moving to Rome in early January.

In a letter written to parishioners, Lasky explained the purpose of JPIC.

The friar said the Second Vatican Council asked that there be ministers in the church whose ministerial focus be concerned that both the justice and love of Christ toward the poor be developed everywhere. To make this real, he said action on behalf of justice and participation in the transformation of the world must become an important way of preaching the Gospel.

“My JPIC ministry for the friars in the USA first brought me to Shamokin in April 2017,” Lasky said. “Since then, in a concerted effort of multiple stakeholders, the Faith Alliance for Revitalization (FAR) was created and is now an important part of the revival efforts in our area. With the advent of the COVID-19 pandemic, my JPIC work across the USA and in Latin America moved online, and the minister provincial asked if I would be willing to also be pastor of Our Lady of Hope and St. Patrick churches.”

The Franciscan friar said he was happy to come to the anthracite region, where his grandfather once worked in the mines.

“Knowing so many folks in our area made moving here in July 2020 like moving back home,” he said. “Looking back on these last years, you have all been a blessing in my life, for which I am grateful.”

He added, “While the news of my nomination and appointment was swift and without much warning, please know that the minister provincial will be looking to send another friar to the area in the new year.”

Father Martin Kobos, pastor of Mother Cabrini Church in Shamokin and dean of the Northumberland Deanery, said, “We have been so blessed to have had Friar Michael in our midst even for this relative brief period of time. His boundless energy, creative talents and his many ‘contacts’ have greatly benefited our coal region. The success of FAR (Faith Alliance for Revitalization) and the good fruits which have resulted from that organization, is the legacy he leaves Shamokin. As the dean of the Northumberland Deanery and as a Franciscan confrere, I shall miss him.”

Lasky is a native of Baltimore, Maryland, who celebrated 25 years as a professed Franciscan friar in 2019.

Following his ordination, he was assigned to St. Francis High School in Hamburg, New York, where he served as a faculty member and campus minister for five years. He then moved to Danbury, Connecticut, where he became the Catholic chaplain at Western Connecticut State University and taught a summer course in human rights.

In 2010, he moved to New York City and became the director of Franciscans International, a non-governmental organization at the United Nations. After a brief sabbatical in South America, where he studied Spanish, Lasky served in campus ministry at Duke University and then as pastor/campus minister of the Newman Parish at the University of North Carolina.

While being pastor of Our Lady of Hope and St. Patrick churches, Lasky continued to serve as the director of the Franciscan Justice, Peace and Integrity of Creation Ministry (JPIC), serving the friars in North America, Australia, Great Britain and Ireland.

In addition, he is the president of the Franciscan Action Network (FAN) in Washington D.C., an organization that seeks to transform United States public policy related to peace making, care for creation, poverty and human rights.

In 2017, Lasky came to the Shamokin area to work with the friars and local community on projects of sustainable development. He was instrumental in the founding of the Franciscan Center located at Our Lady of Hope Parish.

Through his contacts at FAN, the Environmental Protection Agency (EPA) began collaborating on various local initiatives. The most recent project has the EPA collaborating with the Shamokin Creek Restoration Alliance.

At his former friary in Ellicott City, Maryland, he has continued to oversee the Little Portion Farm, which provides fresh food from the farm to the table at a soup kitchen in Baltimore, Maryland. 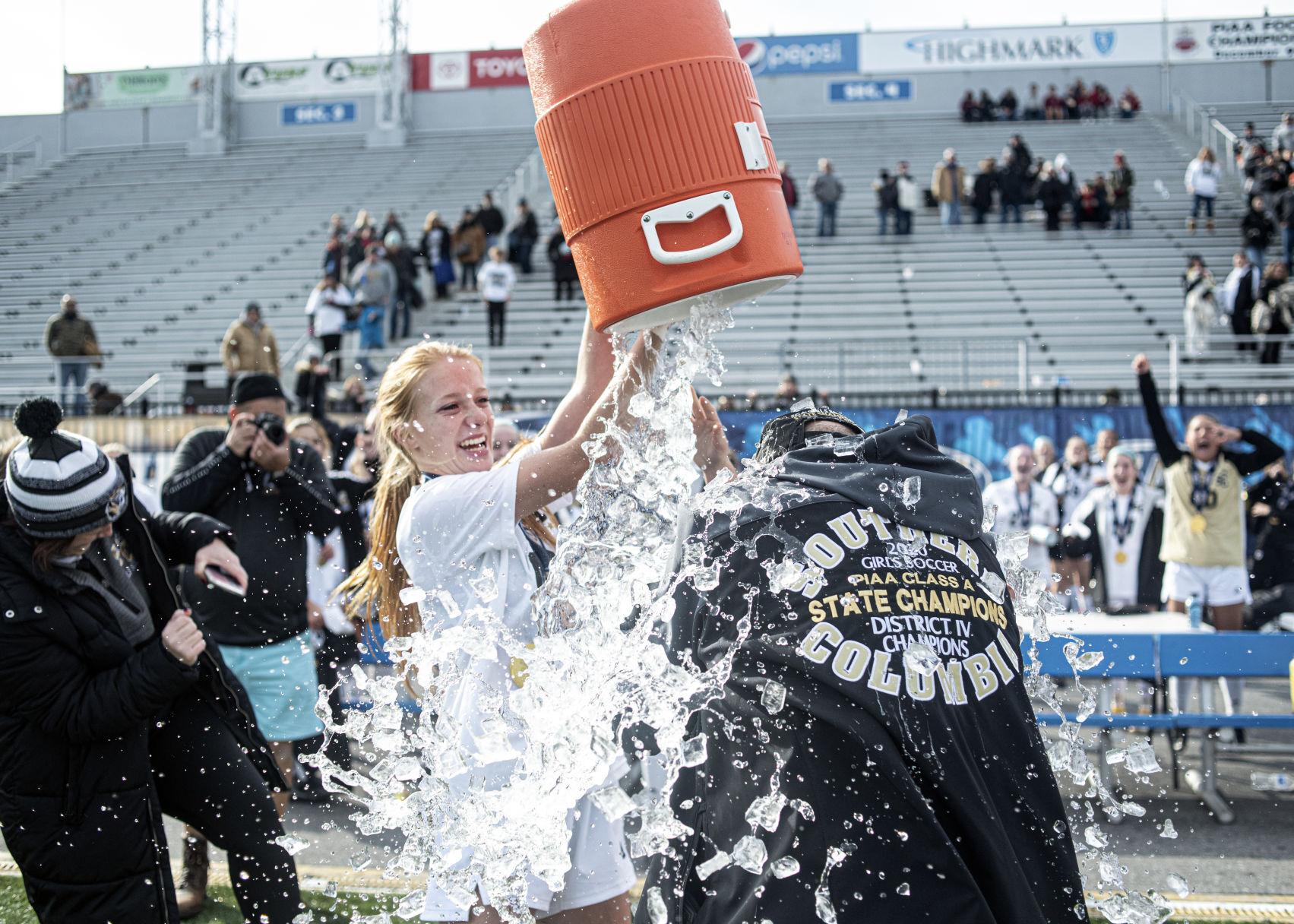 Southern Columbia Area girls soccer coach Derek Stine is doused with a bucket of water courtesy of Cassidy Savitski after the Tigers defeated Greensburg Central Catholic, 4-0, in the PIAA Class 1A Championship Saturday at Hersheypark Stadium.

First responders are pictured at the scene of a fatal crash Monday morning on Route 901 in Excelsior.

EXCELSIOR — A 26-year-old Shamokin woman was killed in a one-car accident Monday morning on Route 901 in this Coal Township village.

Kelley attributed Kachurka’s death to blunt force trauma to the neck, which she sustained after being ejected from the vehicle. Kelley said she was not wearing a seat belt at the time of the crash.

Police at the scene of the crash said Kachurka was found lying motionless in a ditch near a small bridge in the village.

Coal Township Patrolman Cody Rebuck reported Kachurka was driving a red Chevrolet Cavalier west on Route 901 toward Ranshaw at a high rate of speed when she lost control of her car while attempting to negotiate a right curve in the highway.

The auto went through a guard rail and hit an embankment on the opposite side of a ditch, Rebuck said.

Rebuck said officers checked for signs of life, but the woman had already passed away.

The woman was the sole occupant in the vehicle.

Firefighters had to use ladders and a Stoke basket to remove Kachurka from the area.

The car, which became wedged between two concrete barriers that are part of a water drainage system underneath Route 901, sustained severe damage to its rear passenger side and was towed from the scene.

MOUNT CARMEL — The Mount Carmel fire department responded to a dwelling fire late Friday night, which originated in the basement of the residence while the homeowners were away.

According to Janolek, the fire originated from a flue pipe in the furnace. The fire burned for some time in the basement before spreading to the rest of the structure, destroying the two-story house.

“We got it under control in about an hour and a half,” Janolek said. “Then we probably spent another two hours or so overhauling and looking for hot spots.”

Janolek said the house was a total loss and the American Red Cross was notified to help make arrangements for the owners.

The owners, William and Cathy Hoskins, were not home at the time of the fire, but their pets, a cat and a dog, perished. 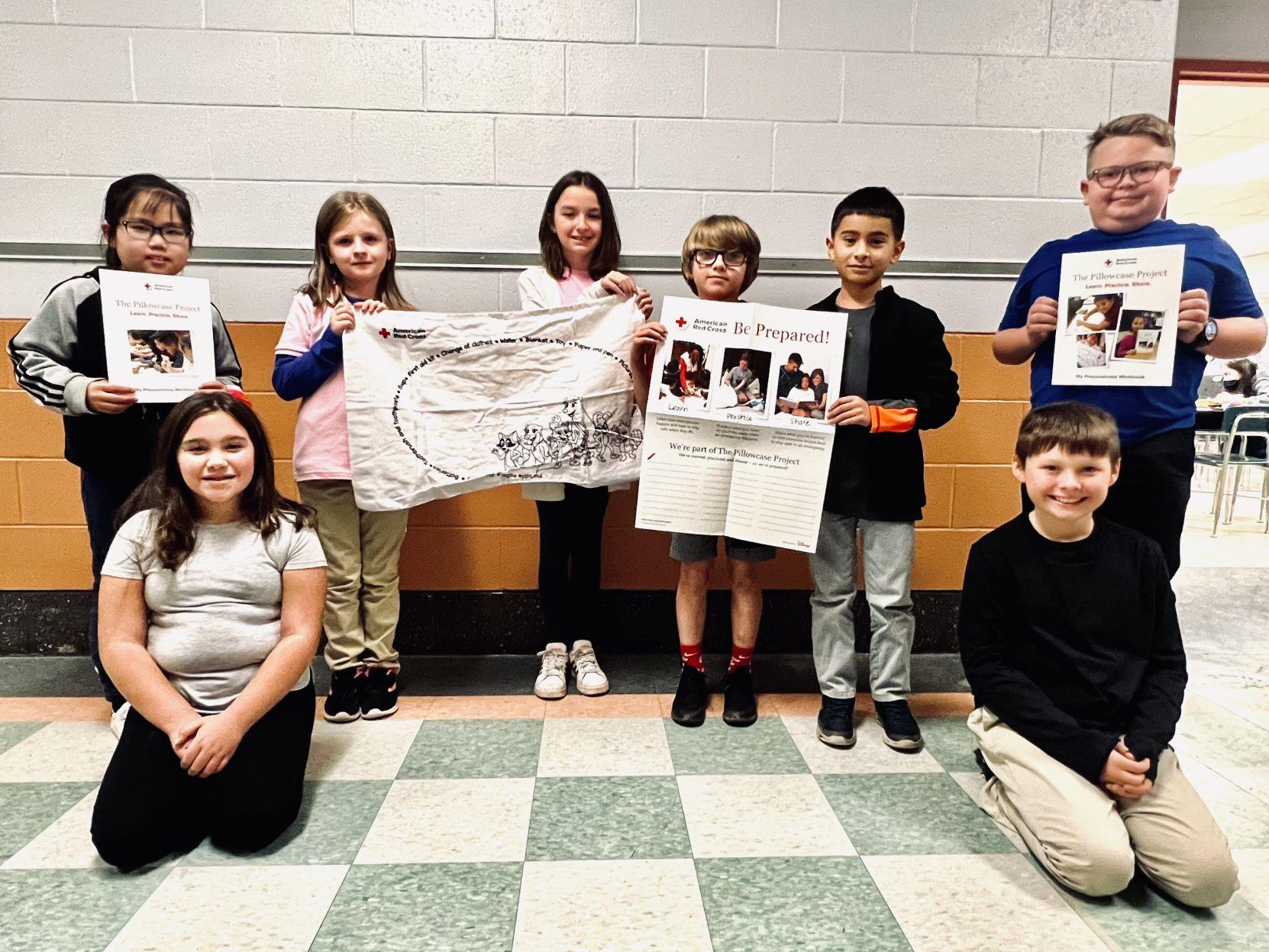 Two representatives from the local American Red Cross visited the third and fourth grade classes at Mount Carmel Area to present their Pillowcase Project. Students learned tips on how to best be prepared in an emergency, including inclement weather and fires. Students received a preparedness workbook and a pillowcase. The pillowcase comes from a story about how college students put their necessary items during an emergency into their pillowcases to carry to the nearest shelter. Pictured, first row, from left, are Eden Burgos-Farrell and Bailey Pisarz; back row, Anni Zou, Ivy Girven, Adalyay Ryan, Roman Trocki, Filip Ivanov and Caleb Steinbauer.