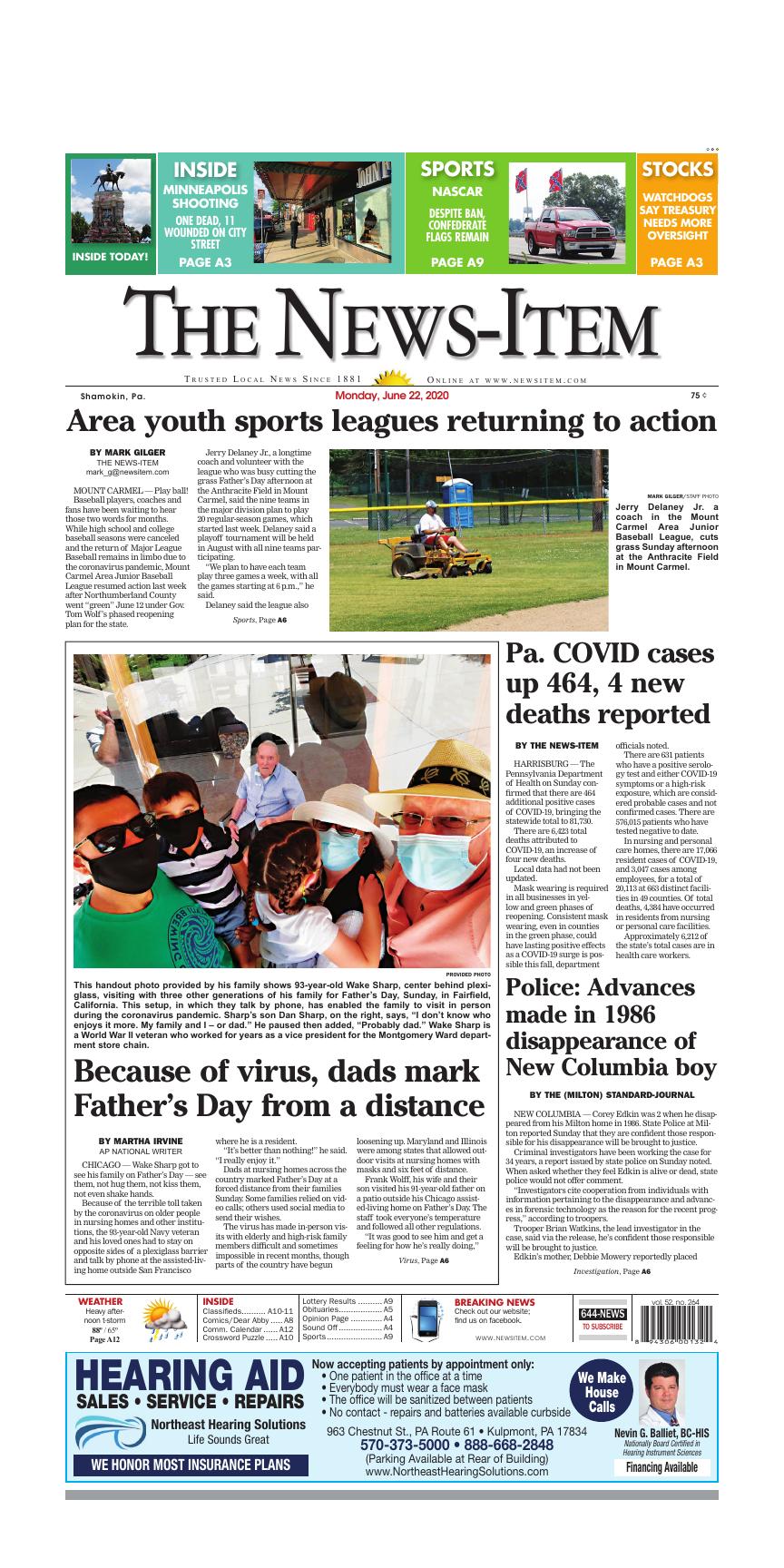 Baseball players, coaches and fans have been waiting to hear those two words for months. While high school and college baseball seasons were canceled and the return of Major League Baseball remains in limbo due to the coronavirus pandemic, Mount Carmel Area Junior Baseball League resumed action last week after Northumberland County went “green” June 12 under Gov. Tom Wolf’s phased reopening plan for the state.

Jerry Delaney Jr., a longtime coach and volunteer with the league who was busy cutting the grass Father’s Day afternoon at the Anthracite Field in Mount Carmel, said the nine teams in the major division plan to play 20 regular-season games, which started last week. Delaney said a playoff tournament will be held in August with all nine teams participating.

“We plan to have each team play three games a week, with all the games starting at 6 p.m.,” he said.

Delaney said the league also has a minor division and may field a rookie division as well, depending on the turnout of kids.

Delaney said safety measures to prevent the spread of the coronavirus are being taken by each team at their respective home fields.

He said social distancing is in effect at all fields.

At the Anthracite Field, which serves as the home field for the Mount Carmel teams, fans and players sit in separate sections of the bleachers during games in accordance with regulations regarding the coronavirus.

Delaney said a limited concession stand is operated at the field with two volunteers wearing masks. He said no hot food is available, but snacks, soda and water are sold.

Delaney, who serves as a coach for Mount Carmel VFW, said multiple tournaments throughout the league had to be canceled due to the coronavirus, including one that is normally played Father’s Day weekend in Atlas.

“It’s great to get back to playing baseball,” Delaney said. “The kids and coaches have been itching to get on the field. It’s a shame we got a late start due to the virus, but safety is our number one concern and we’re grateful for the opportunity to have a baseball season.”

HARRISBURG — The Pennsylvania Department of Health on Sunday confirmed that there are 464 additional positive cases of COVID-19, bringing the statewide total to 81,730.

There are 6,423 total deaths attributed to COVID-19, an increase of four new deaths.

Local data had not been updated.

Mask wearing is required in all businesses in yellow and green phases of reopening. Consistent mask wearing, even in counties in the green phase, could have lasting positive effects as a COVID-19 surge is possible this fall, department officials noted.

There are 631 patients who have a positive serology test and either COVID-19 symptoms or a high-risk exposure, which are considered probable cases and not confirmed cases. There are 576,015 patients who have tested negative to date.

In nursing and personal care homes, there are 17,066 resident cases of COVID-19, and 3,047 cases among employees, for a total of 20,113 at 663 distinct facilities in 49 counties. Of total deaths, 4,384 have occurred in residents from nursing or personal care facilities.

Approximately 6,212 of the state’s total cases are in health care workers.

NEW COLUMBIA — Corey Edkin was 2 when he disappeared from his Milton home in 1986. State Police at Milton reported Sunday that they are confident those responsible for his disappearance will be brought to justice.

Criminal investigators have been working the case for 34 years, a report issued by state police on Sunday noted. When asked whether they feel Edkin is alive or dead, state police would not offer comment.

“Investigators cite cooperation from individuals with information pertaining to the disappearance and advances in forensic technology as the reason for the recent progress,” according to troopers.

Trooper Brian Watkins, the lead investigator in the case, said via the release, he’s confident those responsible will be brought to justice.

Edkin’s mother, Debbie Mowery reportedly placed Edkin in her bed during the early morning hours of Oct. 13, 1986, then went to the convenience store. Several other children and Mowery’s roommate remained at the residence while Mowery went to the store, troopers noted.

When Edkin was reported missing, troopers noted an extensive search of the area, including the Susquehanna River, was conducted. Edkin, who was wearing gray pajamas, had blond hair and blue eyes, was never found.

“Investigators who worked the case neither believe in the likelihood of Corey walking away from the residence nor that he was abducted by a third party,” troopers noted. 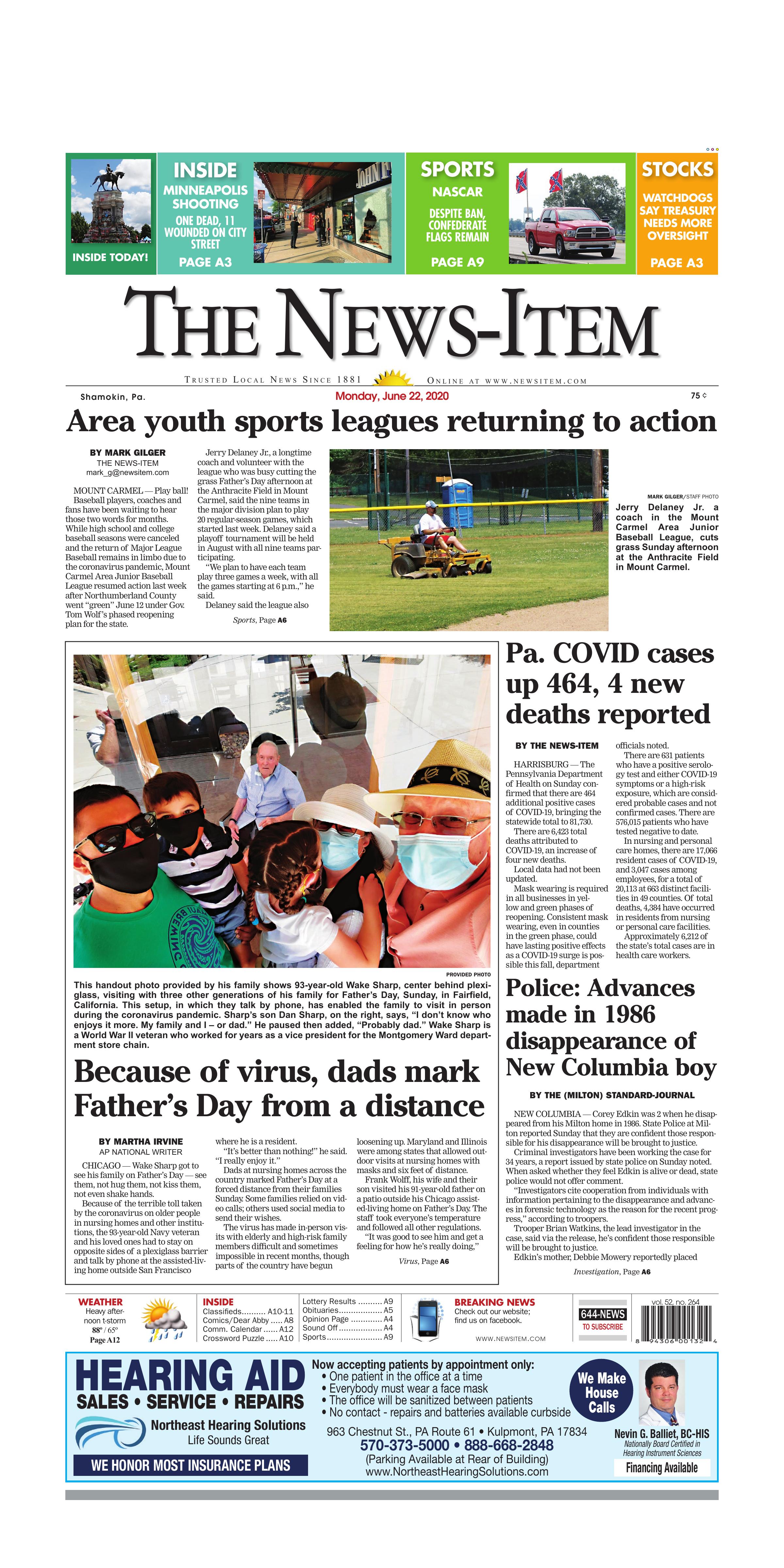