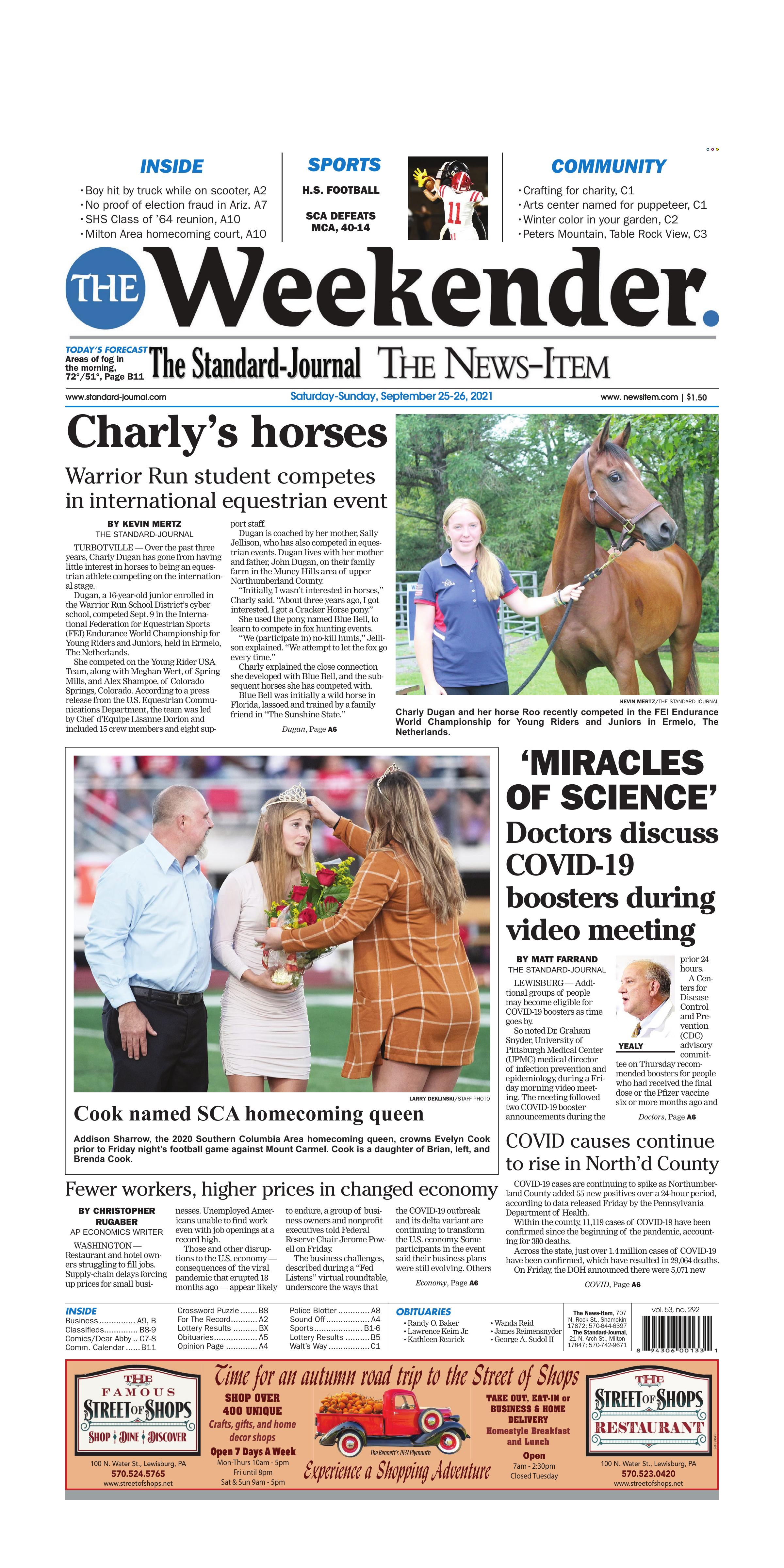 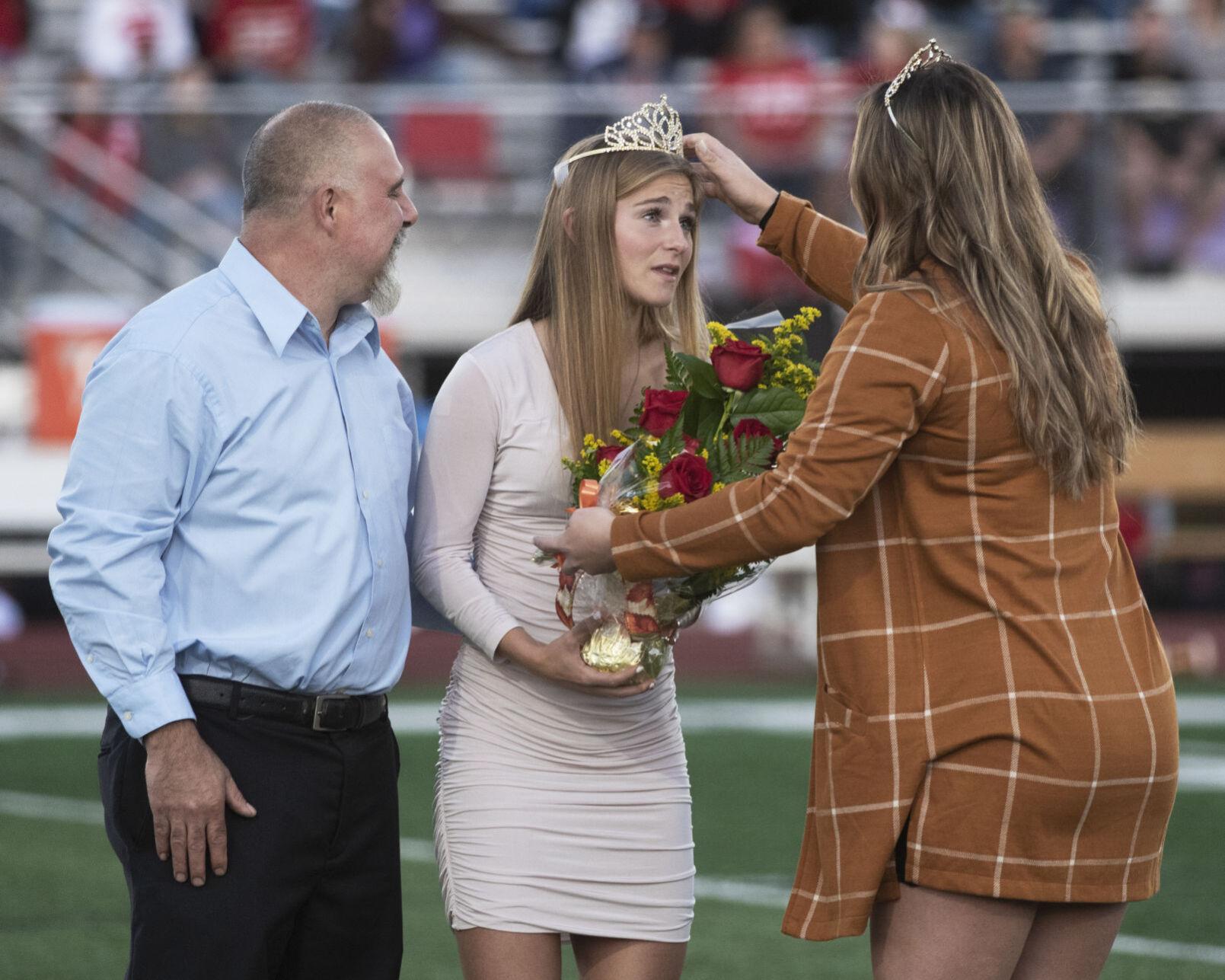 Charly Dugan and her horse Roo recently competed in the FEI Endurance World Championship for Young Riders and Juniors in Ermelo, The Netherlands.

Charly Dugan walks out of her family’s barn with Roo, the horse she recently competed with in The Netherlands.

Charly Dugan with Lady, one of her horses.

Charly Dugan, center, with her parents Sally Jellison and John Dugan, on their family farm in upper Northumberland County.

Charly Dugan raises her hand in celebration while crossing the finish line on Roo in The Netherlands.

TURBOTVILLE — Over the past three years, Charly Dugan has gone from having little interest in horses to being an equestrian athlete competing on the international stage.

She competed on the Young Rider USA Team, along with Meghan Wert, of Spring Mills, and Alex Shampoe, of Colorado Springs, Colorado. According to a press release from the U.S. Equestrian Communications Department, the team was led by Chef d’Equipe Lisanne Dorion and included 15 crew members and eight support staff.

Dugan is coached by her mother, Sally Jellison, who has also competed in equestrian events. Dugan lives with her mother and father, John Dugan, on their family farm in the Muncy Hills area of upper Northumberland County.

“Initially, I wasn’t interested in horses,” Charly said. “About three years ago, I got interested. I got a Cracker Horse pony.”

She used the pony, named Blue Bell, to learn to compete in fox hunting events.

“We (participate in) no-kill hunts,” Jellison explained. “We attempt to let the fox go every time.”

Charly explained the close connection she developed with Blue Bell, and the subsequent horses she has competed with.

Blue Bell was initially a wild horse in Florida, lassoed and trained by a family friend in “The Sunshine State.”

“There was something in the Florida atmosphere giving (Blue Bell) allergies,” Charly said, adding that it was determined the horse would do better under her care in Pennsylvania.

In 2019, Charly competed in her first 25-mile endurance race while riding Blue Bell.

Eventually, Blue Bell was retired from competition and Charly started training with Lady, a horse her family rescued from the possibility of being euthanized in the Lehigh Valley.

“We really like doing rescues,” Jellison said. “We saw something in (Lady).”

The horse had to be nursed back to health when she first came to the family farm.

“Her feet were a mess,” Jellison said, of Lady. “We started to ride her. She was always Charly’s horse.”

“She’s really fast,” Charly said, of Lady. “My mom suggested riding Lady in a 50 (mile endurance race). That’s where I really bonded with her, in Florida.”

She still utilizes Lady in fox hunts, but does not ride the horse in distance races.

Two years ago, Charly started training with Roo — also known as Southern Justice — the horse she competed with in The Netherlands.

“I picked out Roo,” Jellison explained. “He was owned by a friend. He was bred to be a show horse. He wasn’t doing a good job.

“I thought he might be a good endurance horse,” she continued. “It was a risk.”

Jellison said her daughter immediately bonded with the horse.

In 2020, she competed in her first endurance race in South Carolina, utilizing a horse leased from an elite Canadian rider.

As Charly began training for international endurance competitions, Jellison said it was with the thought that by 2023 she may be eligible to compete in the Endurance World Championship for Young Riders and Juniors.

Earlier this year, Charly competed in two different 75-mile FEI events, utilizing Roo and another one of her horses, Perseverance.

She became eligible for the international competition by taking part in events held in Florida and South Carolina. However, Charly said that did not mean she would be able to participate.

In June, Charly learned she had been selected by the United States Equestrian Federation to compete with the the Young Rider USA Team in The Netherlands.

Charly and her mother were excited to learn of her selection.

“My mom and I do this thing, we do a happy dance,” Charly said. “Then we get all serious.”

She spent the summer training with her two teammates at a farm in Virginia owned by Valerie Kanavy, a three-time equestrian competition world champion.

“It was important to go to Virginia to train with all the other horses (on the team),” Charly said. “It was really key to train together.”

She credits Kanavy for her work with the team.

“In Virginia, I was up at 6 a.m. and wasn’t finished until 6 p.m.,” Charly said, adding that a lot of time was spent working with the horses.

Roo, along with the other two Team USA horses, were flown to The Netherlands via John F. Kennedy International Airport in New York City.

“Out of everything, flying and the start of the race was something I was really worried about,” Charly said.

She noted there was a chance Roo could fall ill while being flown abroad.

“I was so happy when I saw him (in The Netherlands),” she said.

In the race, Charly and her teammates competed against 74 riders from 20 countries. She completed the event in 7 hours, 27 minutes.

She noted the event occurred over a 75-mile natural-terrain course. At various points in the events, riders needed to stop to have their horses checked by a veterinarian and to rest.

Charly was thrilled with the team’s results, as well as her 32nd-overall finish.

“I was really proud of my horse and myself,” she said. “I started crying (at the finish) because it was such a good event.”

As both Charly’s mother and coach, Jellison said she was proud of the way her daughter handled competing on the international stage.

“She accepted the input of the crew,” Jellison said, of her daughter. “She was very smart, very disciplined, took great care of her horse ... Roo looked great, he still had energy.”

She also noted the stiff international competition Charly and Roo were up against.

“The horses and the people that go to these world championships come from very well funded stables,” Jellison said. “(Roo) is from a family farm.”

She added that members of the Young Rider USA Team had to raise their own finances for the trip.

“It’s 100% self funded,” Jellison said. “I had to sell a horse in order fund this trip (to The Netherlands). That makes it more difficult.”

Moving forward, Charly plans to continue focusing on fox hunting. In addition, she also plans to compete in a thoroughbred race on a one-mile flat sod track.

Plans are also being made to compete in another endurance race later this fall, in South Carolina.

Jellison said the FEI Endurance World Championship for Young Riders and Juniors is held every two years. Based on her age, Charly will be eligible to compete in two more editions of the international competition.

A member of the Warrior Run High School field hockey team, Charly hopes to attend an international college upon graduation. She is interested in majoring in either psychology or investigative journalism.

LEWISBURG — Additional groups of people may become eligible for COVID-19 boosters as time goes by.

A Centers for Disease Control and Prevention (CDC) advisory committee on Thursday recommended boosters for people who had received the final dose or the Pfizer vaccine six or more months ago and are age 65 and up, age 50 or older with underlying medical conditions or age 18 to 49 with a medical condition which puts them at the risk of “serious illness from COVID-19.”

As announced Friday morning, people age 18 to 64 with an increased risk of exposure in an occupational or institutional setting also qualified for a third Pfizer dose.

Dr. Donald Yealy, UPMC senior vice president and chief medical officer, said there would be a priority sequence to get third doses to people, but there was not deficit in protection for a “vast majority” of people. He said the benefit of a third dose was to “remind” the immune system to do what it needs to do if the virus is encountered.

Snyder reiterated the importance of being vaccinated against COVID-19 as a vaccination will have the biggest impact in people who have not had a single shot to date.

“These vaccines are really miracles of science,” Snyder said. “They work spectacularly well and they are very safe and they are doing their jobs well.”

A booster was called an added tool and able to protect health care workers and reduce the instance of hospitalization or death.

“In the future how often will we need another dose?” Snyder asked. “We don’t know until we see how the vaccines continue to protect us against severe complications and symptomatic disease.”

Yealy added that more research would have to be done, noting that a tetanus shot is given repeatedly after certain injuries but a single shingles vaccine lasts a lifetime.

The news release noted Evangelical does not currently offer the Johnson and Johnson vaccine and people who received the Moderna vaccine are not currently eligible for a third dose unless they are “moderately to severely immunocompromised” with their second dose given a minimum of 28 days ago.

A call to Evangelical from 9 a.m. to 3 p.m. weekdays at 570-522-4530 could begin the vaccination process or arrange a third dose if eligible. Vaccine request forms were also available at www.evanhospital.com/virus.

COVID-19 cases are continuing to spike as Northumberland County added 55 new positives over a 24-hour period, according to data released Friday by the Pennsylvania Department of Health.

Within the county, 11,119 cases of COVID-19 have been confirmed since the beginning of the pandemic, accounting for 380 deaths.

Across the state, just over 1.4 million cases of COVID-19 have been confirmed, which have resulted in 29,064 deaths.

On Friday, the DOH announced there were 5,071 new cases and 34 new deaths identified in a 24-hour period and there are currently 2,641 people hospitalized in the state, 662 of which are in intensive care.

“The trend in the 14-day moving average number of hospitalized patients continues to increase again,” the DOH stated in a press release.

Information from the CDC shows Pennsylvania ranks fifth in the country for total doses administered while it ranks fourth in total population. In total, 68.2% of adults, nearly 6.2 million people, in the state have been fully vaccinated.

The DOH states individuals who have not yet been vaccinated or are partially vaccinated should continue to wear masks in public.

ERs not for testing

Geisinger urged people Friday not to be using emergency rooms as a way to be tested for COVID-19.

“A hospital emergency room is not an appropriate location (for testing), but Geisinger offers several locations for more efficient and timely COVID-19 testing,” a release from the healthcare provider states.

“With the increased demand, it’s important to understand where to go for a COVID-19 test,” the release states, adding tests can be obtained at Geisinger ConvenientCare locations, primary care doctor’s offices, pediatrician’s offices or dedicated Geisinger testing locations in Danville, Orwigsburg Avis, Moosic and Phillipsburg. 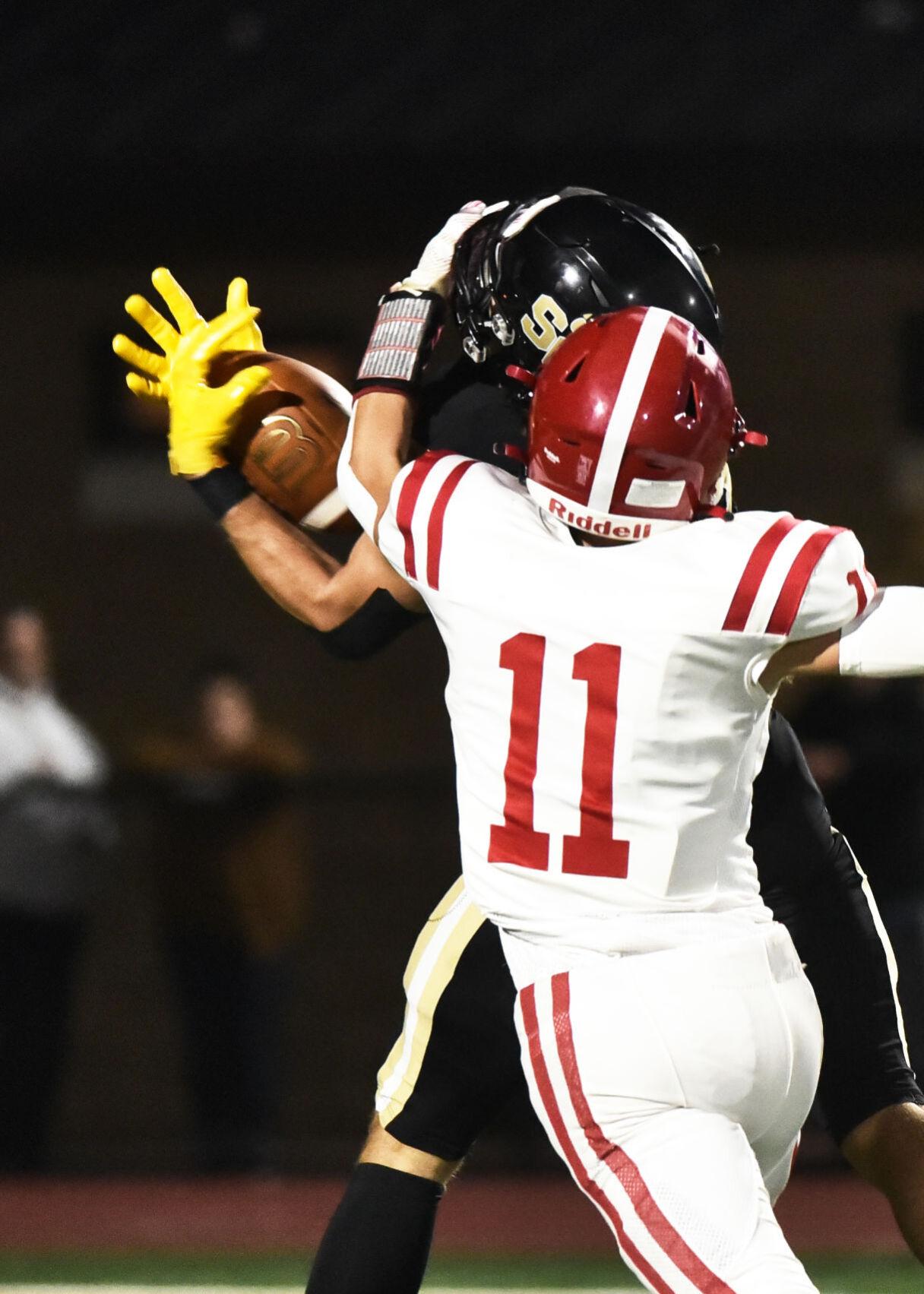