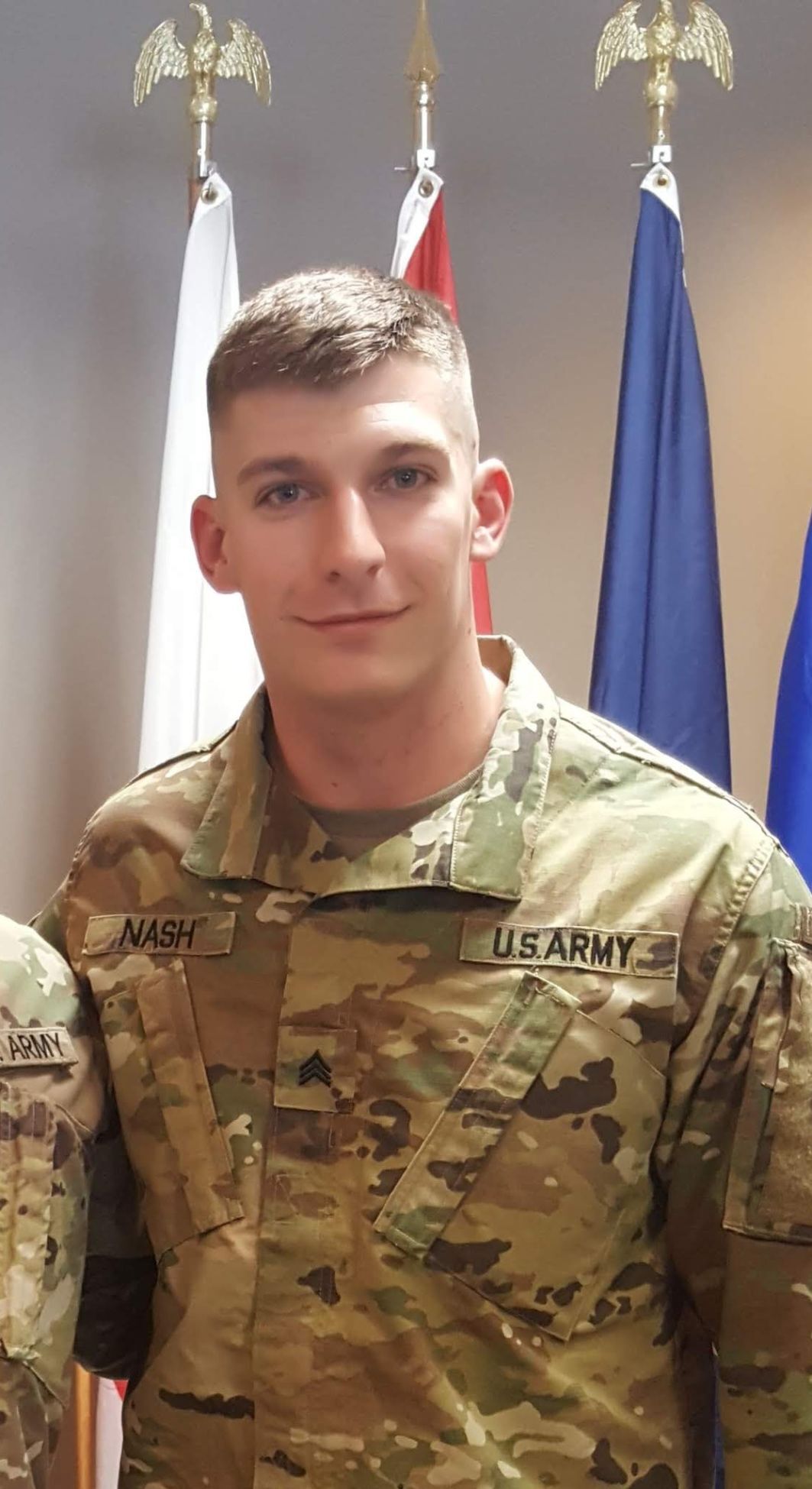 He was born Oct. 14, 1993, a son of Erik and Stacey Nash. He enjoyed being with his family, especially on the drag strip. He constantly brought joy, laughter and the best hugs to anyone he was around.

Brandon was a graduate of Shamokin Area High School with the Class of 2012, where he played soccer and ran track.

He was a member of the Pennsylvania National Guard as a staff sergeant with B Co. 1st of the 111th Infantry Battalion. He served for 10 years and recently completed a

year tour in Poland. His unit described him as not only a dedicated member to the unit, but to the U.S. Army as a whole unrivaled.

Brandon led by example and affected everyone he came into contact with. He was not only continually professional, but when times were hard, he had no issues in bringing his personal life lessons to the table and assisting anyone who sought his guidance. He was a leader, a friend and a brother.

When he wasn’t serving his country, he worked at Walmart Distribution where he recently accepted a promotion in management.

Brandon enjoyed the beauty of life. He loved working out, tuning his car (to annoy his mother), going to car cruises with his friends, hunting with his dad, hanging out with his family where he had a special bond with his sister, snowboarding, downhill mountain biking with his brother and coloring with his nephews.

He was preceded in death by his grandfather, Glen E. Grow and Stanley L. Stroh; and an uncle, Glen M. Grow.

NASH — Brandon Nicolas Nash, 27, of Coal Township. A private visitation for family and military personnel will be held from 1 to 3 p.m. Friday at the Elysburg Fire Co., Mill Street, Elysburg. A military honors service will be held during this time. A visitation for friends will be held from 3 to 6 p.m. Friday at the fire company. The Nash family is being assisted by the James Kelley Funeral Home, James F. Kelley, director, 1001 W. Arch St. at Maple Street, Coal Township. To share a memory or offer condolences to the family, sign the guest book at www.jameskelleyfh.com. All COVID-19 guidelines, including wearing face masks and social distancing, will be followed.