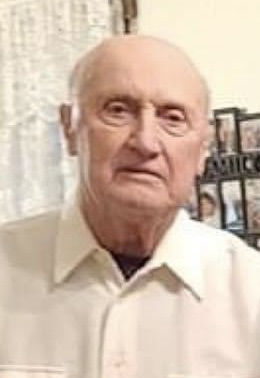 He attended St. Stanislaus Grade School and was a 1954 graduate of Coal Township High School.

Carl was a well-respected, self-employed contractor who did home remodeling and repairs.

He served in the Pennsylvania Army National Guard.

As a young man, Carl was an excellent athlete. He was an outstanding hardball and fastpitch softball player who served as a player/manager for many years with East End Fire Co. in the Intercity Fastpitch Softball League, which captured multiple championships.

He was a faithful member of Mother Cabrini Church and life member of East End Fire Co., where he was active for more than 50 years.

They also traveled to New York and Florida for visits with Bobby and Barbara Morrison and drove across the country to visit Mary’s son, Dan Bartol, and his wife, Diana.

Carl was a diehard fan of Notre Dame football and the Brooklyn and Los Angeles Dodgers.

For many years, Carl enjoyed breakfast with his good friends at Dunkin’ Donuts, in Shamokin, where they discussed the news of the world. It was a highlight of his day.

After his wife passed, Carl enjoyed spending a lot of time with Mark and Paula Gilger, of Shamokin, and became part of their family.

Survivors include Carl’s stepson, Dan Bartol and his wife, Diana, of Naperville, Illinois; his stepdaughter, Susan (Bartol) Fry and her husband, Les, of Kutztown; three grandchildren; seven great-grandchildren; a brother-in-law, Alex Kaschock and his wife, Ann; a sister-in-law, Lois Santor; and nieces, nephews and cousins.

In addition to his wife and parents, Carl was preceded in death by two brothers, Raymond and Phil; and a sister, Leona.

SANTOR — Carl J. Santor, 84, of Pulaski Avenue, Coal Township. A Mass of Christian Burial will be celebrated at 10 a.m. today at Mother Cabrini Church, in Shamokin, with Father Martin Kobos, pastor, as celebrant. There will be no viewing. In lieu of flowers, donations can be made to Mother Cabrini Church, 214 N. Shamokin St., Shamokin 17872.