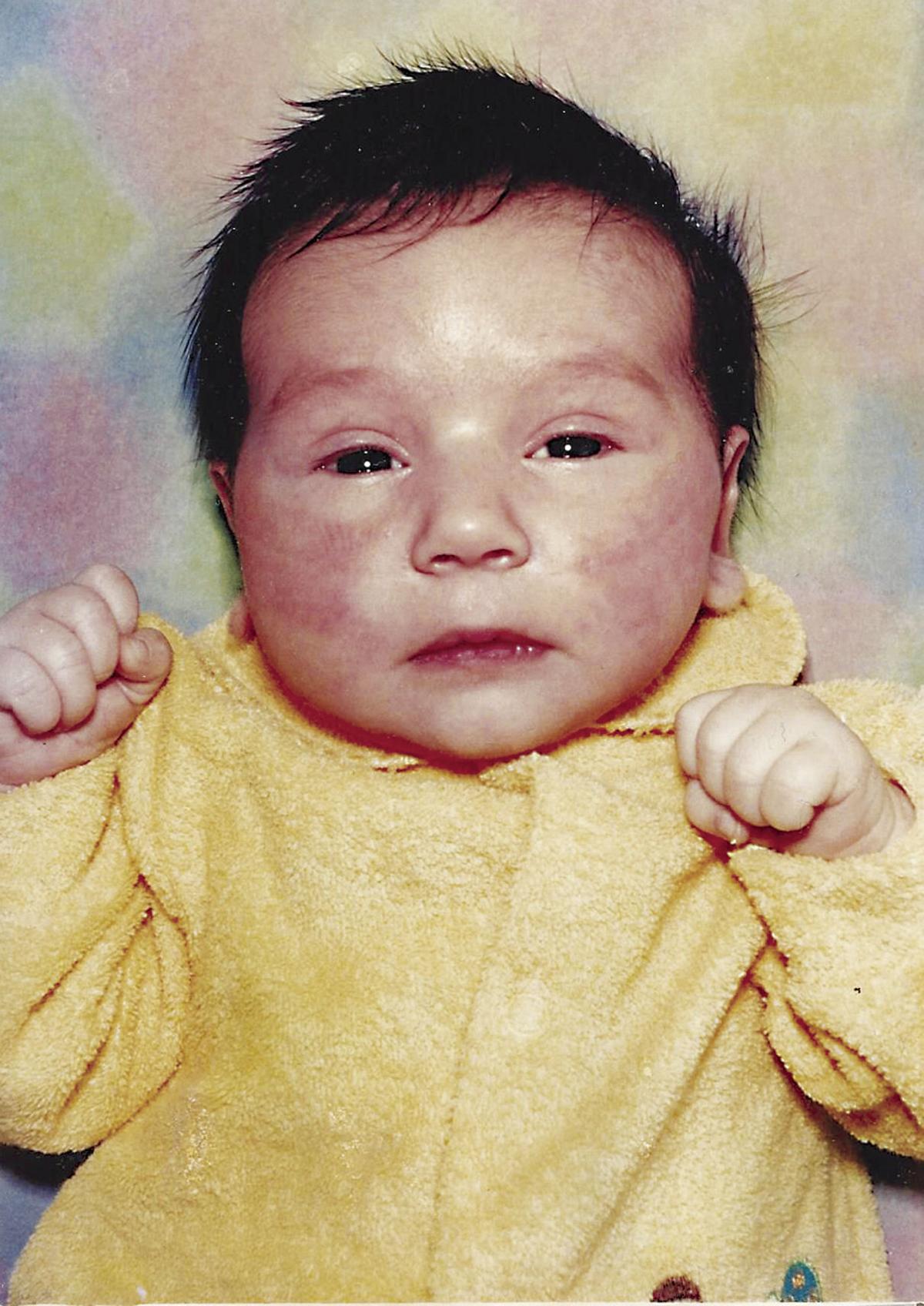 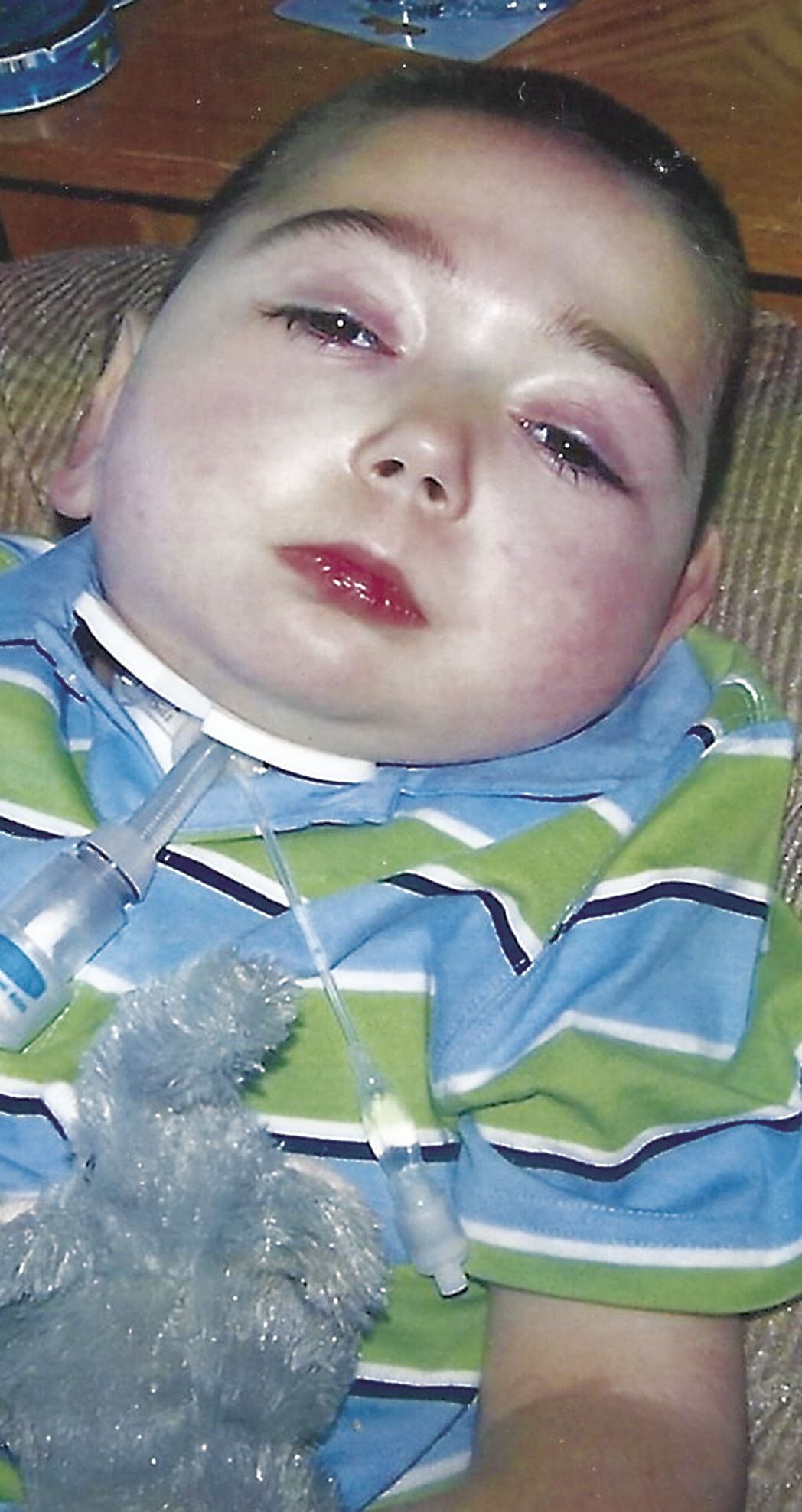 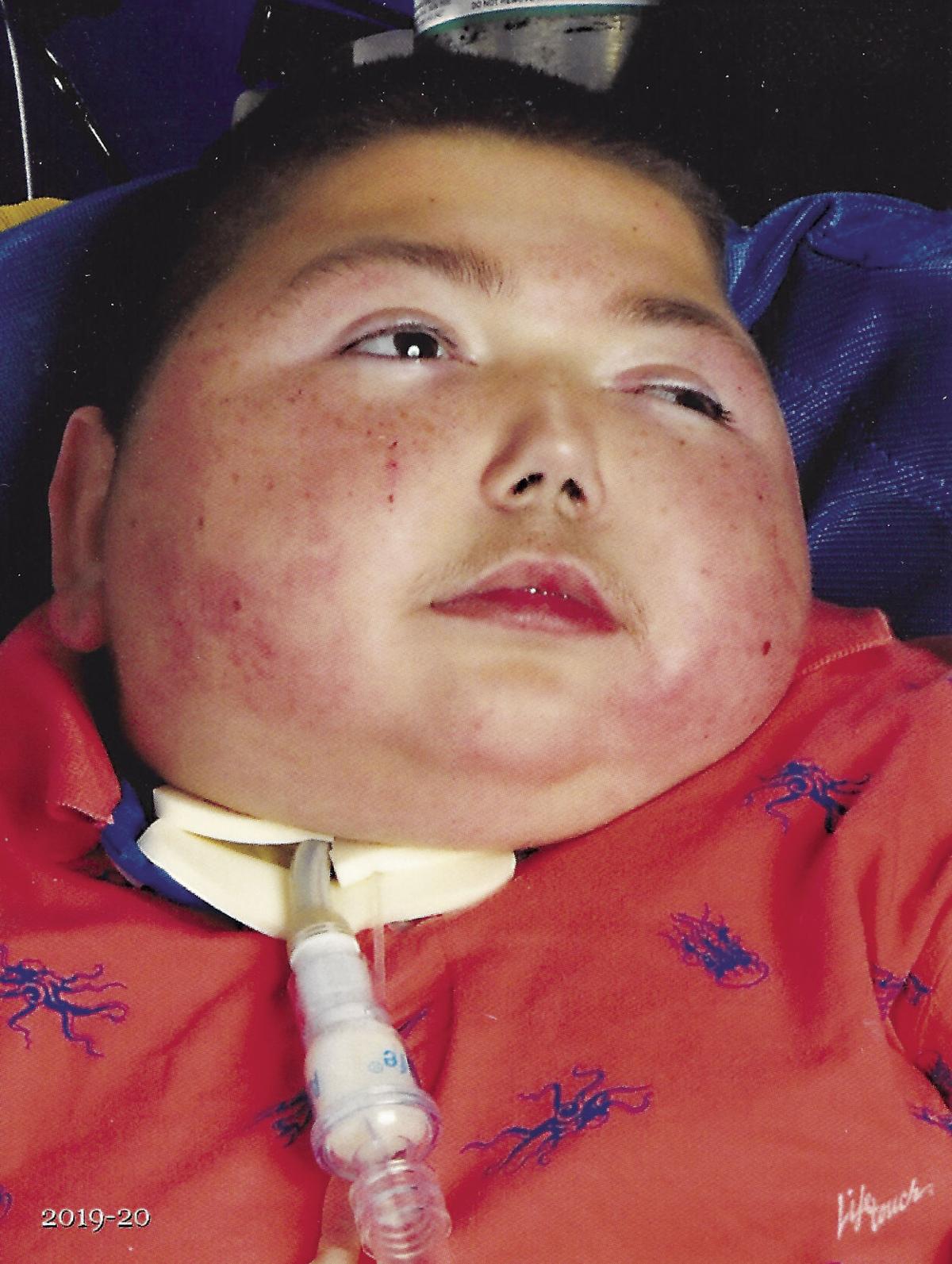 He was born at Geisinger Medical Center, Danville, Dec. 31, 2003, a son of Leo J. Mirolli Jr. and the former Kelly Donkochik, of Coal Township.

He was a student at Shamokin Area Junior-Senior High School, where he attended the multi-disabilities classroom with his friends.

Luke was of the Catholic faith and was a parishioner of Our Lady of Hope Church, Coal Township.

He was diagnosed with Retts Syndrome at the age of 4. Even though he faced many challenges in life, he always had a smile and a hearty laugh. It is often said that parents are supposed to teach their children but, instead, Luke often taught them that it was the little things in life that meant the most and that life is precious.

Luke was an animal lover; he had three cats and two dogs. His first cat Cotton, would sleigh ride with him every winter. He loved to bake and do arts and crafts; he really was an artist.

His favorite foods were cotton candy, milkshakes, lollipops, Pepsi, peppermint patties, cherry slushies and iced tea. He was a teddy bear lover and his nickname from his mom and dad was “Lukie Bear.”

He loved to garden, and his flowers actually started to bloom the day he became an angel.

He loved attending Rohrbach’s special needs family night to pick out pumpkins from the pumpkin patch in which he would either carve or paint. He loved attending all different types of sporting events with his family, which included Phillies, Flyers, Sixers and Orioles games. He also enjoyed watching both his brothers play football and baseball for the Shamokin Indians, and both his brother and sister play baseball for Cabrini. In addition, he loved watching Logan play for the Lycoming Warriors Football team. He also enjoyed watching his sister cheer for the Shamokin Indians and York College Spartans.

In 2007, multiple Philadelphia Eagles players came to the Shamokin Area to play a charity basketball game on his behalf. The Harlem Wizards basketball team also held an event the year prior for Luke. Luke got to meet and take a picture with Eagles former head coach Andy Reid that was later autographed.

Luke was blessed by the Make-a-Wish Foundation to go to Disney for his 10th birthday in 2013, where the family and he stayed at Give Kids the World Village, in Kissimmee, Florida. They visited Walt Disney World, Sea World and Universal Studios, where he met Frank the Pug from “Men in Black.” Luke got to place a personalized gold star in Give Kids the World Castle of Miracles and Star Tower. There are well over 100,000 gold stars that shine brightly, each one representing dreams, wishes and memories of the children who have visited.

He loved to relax in the family pool on his special raft every summer. Every year, he participated in the annual Shamokin Halloween parade where he won several times throughout the years for his unique costumes, normally accompanied by his nurse, Terry, who always participated by dressing up.

He attended the Special Olympics in Mount Carmel every year and received many medals and ribbons, which he was very proud of.

Luke began his baseball career for Shamokin/Coal Township Little League when in 2013, he received the Good Sportsmanship award. He then continued his career playing for the Challengers team at Cabrini baseball after the organization took over the Challengers program. Sadly, he and others were unable to play this year due to COVID-19.

Luke was a member of the Bucknell University mens lacrosse team since 2015, through Team Impact. The lacrosse team would greet Luke and his family with chants of “Luuuke.”

He belonged to the Star Light Star Bright Foundation and Casey Cares Foundation, which provided resources and events for special-needs children. Luke was able to attend two proms where he was accompanied by his companion, Norma Wolfe, one this past February, Tim Tebow’s “The Night to Shine,” and the year before, “Magic Makers,” in Lewisburg.

Luke attended the Pennsylvania State Police Sunny Day Camp that was held in 2018, at Pocono Raceway and was able to ride around the NASCAR track. His family, friends and caregivers also took him to almost every amusement park across Pennsylvania and his yearly multiple trips to Knoebels park, which was his favorite. He went to Six Flags New Jersey, Cedar Point and Kings Island, both in Ohio. Luke and his family were able to enjoy beach trips in 2004, when they traveled to Ocean City, Maryland, and in 2012, when they traveled to Bethany Beach, Delaware. He went on smaller trips to places such as the Crayola Factory, Turkey Hill Experience, Hershey World, Lake Tobias and many museums. His very last family trip was to T&D Cats of the World, in Penns Creek, on June 6.

The above mentioned is only a fraction of all the things that Luke was involved in to make his life as normal as possible, despite the challenges that he faced in his short life.

Luke’s mom always made sure that Luke was the main priority in all of the trips and tried to give him the most normal life as possible. There was nothing that she felt Luke couldn’t do just because he was different from his siblings.

Luke’s dad was his primary caretaker during the day, being assisted by many great nurses throughout the years. Luke’s dad was the family rock and the protector.

Luke was not a fan of Mondays and his family and caregivers would have to fib to him and say it was actually Tuesday. Luke loved to bag school and have movie days or have a spa day getting a pedicure and foot massage with his family and his beloved nurse, Stacy.

Luke left an imprint in this world and made it a much kinder place to live in. Luke was a fighter and his stubbornness kept him fighting until the very end. He will live on in the hearts of so many. Our precious angel is now resting in peace in the arms of Jesus.

MIROLLI — Luke Joseph Mirolli, 16, of Coal Township. A public viewing will be held from 6 to 9 p.m. Monday at the Shamokin Area Junior/Senior High School gymnasium, Coal Township. Visitors will be asked to follow COVID-19 social distancing guidelines, which will include entering through the front gymnasium entrance and exiting through the rear gymnasium doors. A Mass of Christian Burial will be celebrated at 11 a.m. Tuesday at Our Lady of Hope Roman Catholic Church, 832 W. Chestnut St., Coal Township, with the Rev. Michael Lasky, OFM Conv., and the Rev. Martin Kobos, OFM Conv., as concelebrants. Interment will be held in Our Lady of Perpetual Help Cemetery, Marion Heights. Due to COVID-19 restrictions, church services are by invitation only and masks are mandatory. However, the family requests extended family and friends join us for the procession from the church to the cemetery for an extended gravesite service. As mentioned before, Luke was a lifelong fighter of Retts Syndrome; in his memory, the family will be wearing purple ribbons. This will help us support this disease, promote awareness and remember our little angel will always be with us. Feel free to join the family in wearing purple ribbons or attire. Ribbons will also be provided at the public viewing. Dutcavich Funeral Home, Minersville, has charge of arrangements; www.dutcavich.com.