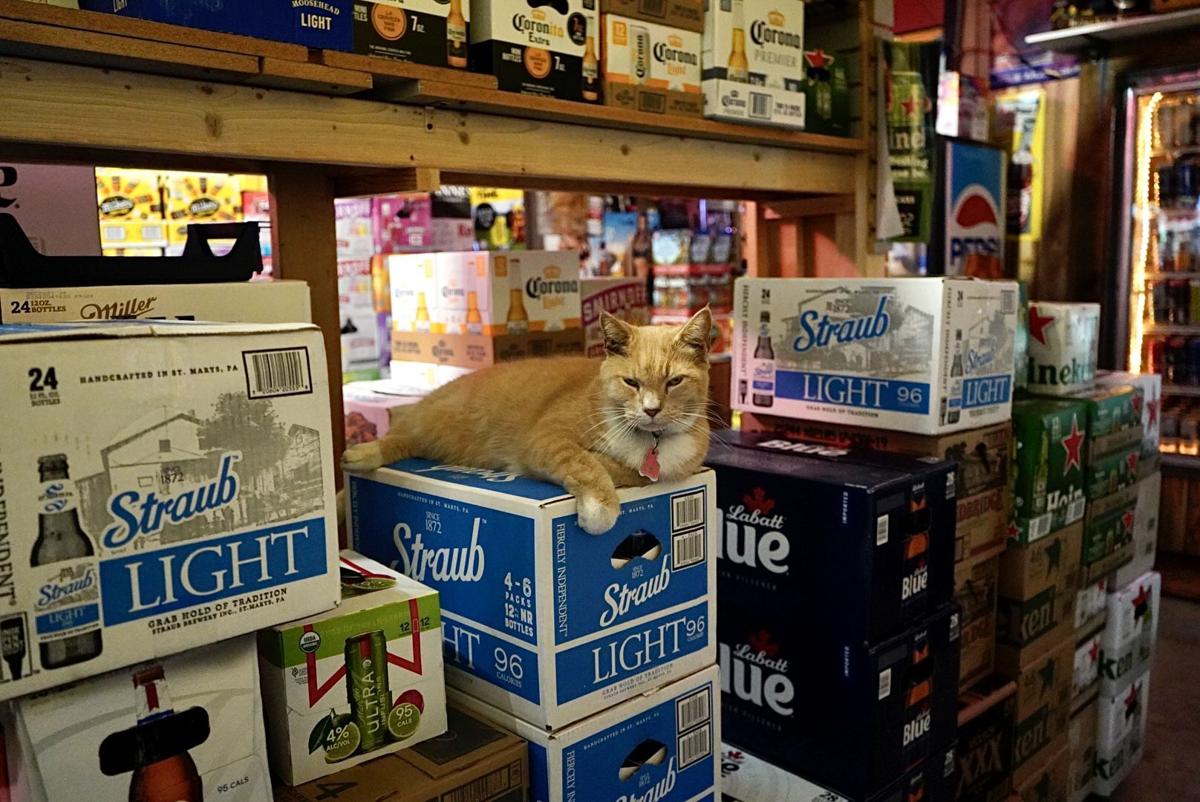 Rocky lays on top of cases of beer inside the Champion Beverages store in Kulpmont Tuesday afternoon. 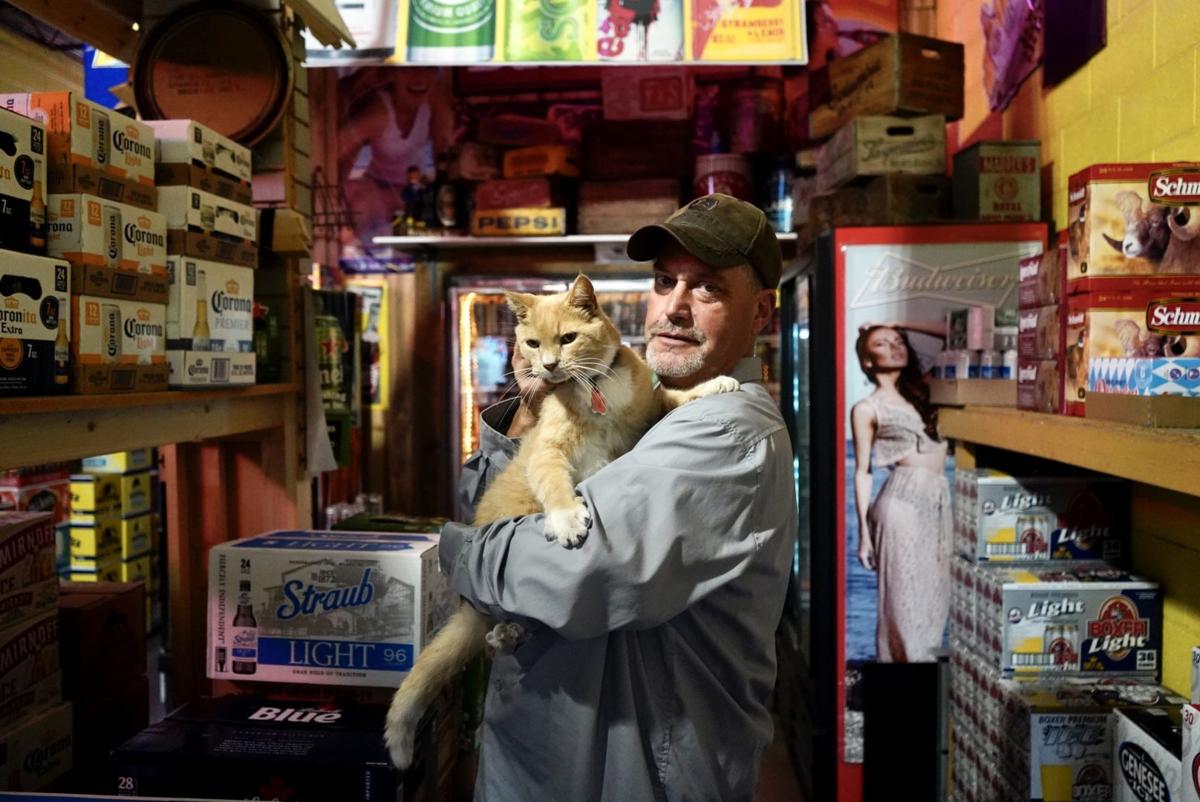 Rocky lays on top of cases of beer inside the Champion Beverages store in Kulpmont Tuesday afternoon.

Rocky, born and raised at the Anthra Plaza located off State Route 206, has become a local celebrity over the duration of his 13-year existence.

Rocky was the runt of 15 kittens, according to York, and had to be bottle fed. York developed a bond with the kitten and decided to keep him while the rest of the litter was adopted . Rocky and the beer distributor have become quite the pair over the years both sharing a passion for good brews.

Keep your paws off me

Rocky’s celebrity-like status has driven those who adore him to take measures as extreme as kidnapping. The beloved cat has been abducted not just once, but three times. York said he now has Rocky wear a collar that reads, (Put me Down,) to ward off future cat-nappers.

“The last person who stole Rocky took his picture and put it on Facebook,” York said. “We all knew it was him.”

York described Rocky as extremely clever feline always finding his way back home. Navigating his way as far as the Northumberland County Career and Technology Center, a four-mile trek from the plaza.

“I swear he must follow the scent of Domino’s back to us,” York said, referencing the restaurant located inside the plaza.

York added it is common for Rocky to leave for days at a time. He’s an outdoor cat. During these excursions he makes guest appearances in many Ranshaw homes.

Residents will approach York with pictures of his orange cat asking (Is he yours? Because he’s been staying over our house the past couple of days and we’ve been feeding him.)

Rocky seems to own a dwelling in each store of the plaza. Inside the vestibule of the Dollar Tree lays a plate of cat treats and a dish filled with water.

“He’s spoiled. He only likes temptation treats,” said Diane and employee of the Dollar Tree.

She added that while Rocky knows he is only allowed in the entryway of the store he tries to push his limits.

“If he wants to be really bad he’ll come on the carpet,” Diane said.

Previously, Rocky has successfully evaded detection from staff. York recalled one instance when nobody could locate both Rocky and his mother Mordecai, searching up and down only to be found in the last aisle of the store, staring at the cans of tuna and treats in the cat section.

“They made it all the way back there, unseen, both of them mother and son,” York said.

“He comes over twice a day, every single day, for treats,” Stankiewicz said.

When Rocky sees Stankiewicz inside the doctor’s office, he will paw at the door. She said that if she can’t feed him when he routinely visits, he’ll come back later.

York said Rocky finds himself in all kinds of trouble and has come home many nights with scrapes and bruises. He added Rocky gets into skirmishes with the street cats that live behind the Italian restaurant located in the plaza.

“I’ll ask him ‘Were you behind the restaurant again?’ and he’ll put his head down,” York said. “The Italian cats beat him up all the time because he’s the rich cat.”

Rocky once returned home with five snake bites. After being bitten by a copperhead, the cat was limping back to the plaza. He ultimately made his way back to the mountain, where York said he feared he went to his final resting place.

“He still walks with a limp, but he found Jesus in the mountains and he’s OK now,” York said.

One injury, which York believes was likely inflicted during a scuffle with a bobcat, resulted in the orange cat’s ear being torn.

“I believe it was a bobcat. Something of size banged him around,” York said.

While Rocky is an independent cat he has a forever home within the Anthra Plaza.

“Rocky’s family, he’s like one of my kids. He was born here [the plaza] and he’s gonna pass away here. For 13 years he’s been nothing but a joy, I can not put it into words,” York said.