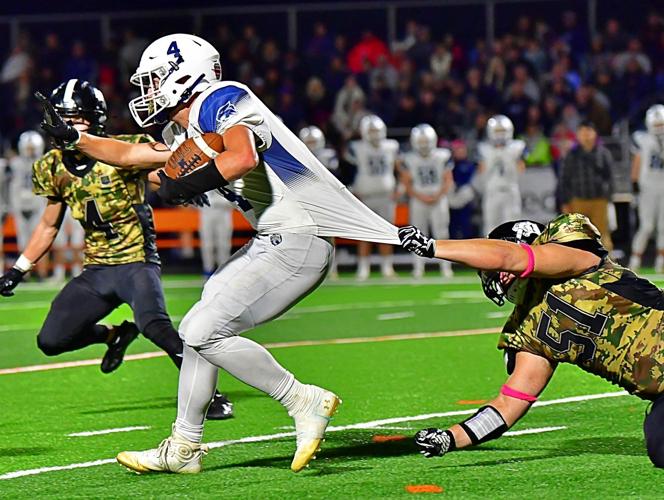 Mifflinburg’s Carter Breed tries to break away from Milton’s Nolan Loss during a game at Milton last month. 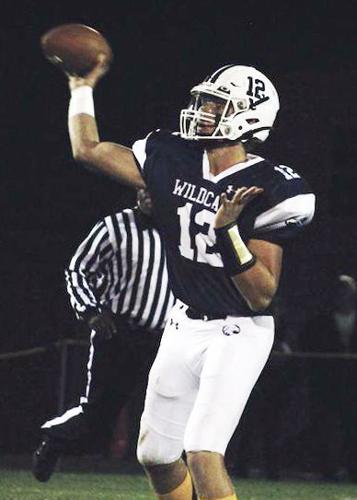 Mifflinburg’s Troy Dressler throws a pass during a September home game against Selinsgrove.

Mifflinburg’s Carter Breed tries to break away from Milton’s Nolan Loss during a game at Milton last month.

Mifflinburg’s Troy Dressler throws a pass during a September home game against Selinsgrove.

MIFFLINBURG — According to Mifflinburg head coach Jason Dressler, every time you compete in a District 4 playoff game, it’s a big game.

Add onto the fact that this is Mifflinburg’s first trip to the district semifinals since 2006, and a big game turns into a monumental contest for a program that’s been steadily improving over the past several seasons.

“When you are in the playoffs, every game is a big game,” said Dressler. “For our program, school, community, this is a big game for us. A step in the (right) direction indeed.”

However, this next step for the Wildcats will be a doozy.

The Lancers, who are looking to get back to the District 4 final for the first time since 2019, last won the title in 2017.

And Loyalsock certainly has the weapons to do so once again this year.

“Again, it’s the playoffs so all teams are good. We are staying focused on what need to do to find success in this game. We are keeping the kids loose but focused. Excited and ready to play,” said Dressler.

“We are being in the moment and focused on the task in front of us. We are talking about what we need to do and staying in the moment, and the team is excited for this opportunity.”

The tasks that lay ahead for Mifflinburg this afternoon are trying to contain Loyalsock’s talented trio of junior quarterback Tyler Gee, senior running back Davion Hill, and junior wide receiver Jalen Andrews.

Hill leads the Lancers with 196 carries for 1,459 yards and 16 touchdowns, and in the receiving game Andrews is tops on the team with 47 catches for 1,087 yards and 15 touchdowns.

“Yes, (those three) are challenges for sure, but again, we need to take it play by play,” said Dressler. “A key will be winning the third down situations.”

In the same breath, trying to slow Loyalsock’s high-powered offense down will be a major challenge. The Lancers average 36.8 points per game this season.

“Not allowing their offense to get comfortable will be another key, and the battle in the trenches will be a big key for both teams,” said Mifflinburg’s coach. “We (also) need to control the clock and put drives together, keep the chains moving, and limit our turnovers.”

A lot of that will fall on the shoulders of junior quarterback Troy Dressler, senior running back Andrew Diehl, and a strong supporting cast.

Diehl, however, is also a dual threat as he also has 25 receptions for 417 yards and four more scores.

In addition for the Wildcats, senior Carter Breed has 375 yards on 58 carries and three touchdowns, plus junior wideout Kyler Troup has 28 catches for 415 yards and five scores while senior Zach Wertman and junior Sean Grodotzke have combined for 30 catches for 243 and 240 yards, respectively.

“For the seniors, I am excited and happy for them. Many of them have played since their freshman year,” said Mifflinburg’s coach. “I’ve known most of them since they were young in youth sports, so watching them grow and develop as athletes and young men has been a privilege.”

Not to be outdone, the Wildcats average 30.6 points a game, so it’s no surprise coach Dressler feels the game could end up being a shootout.

But will he throw in another surprise like the onside kick his team executed to perfection in last week’s lopsided win over Warrior Run? Maybe. But maybe not.

“There are always some surprises prepared. It’s a matter of if, and when the opportunity presents itself,” said Mifflinburg’s coach. “We focus on the matchups, things they do well and points of weakness that we feel we can attack in our preparation. We focus on the controllables and what we need to do in this opportunity.”

Regardless of the outcome today, Mifflinburg is already a winner. All the practice time and preparation the past two weeks will be invaluable for the team’s returning players.

“The extra practice and time is huge for our program. This provides our players with more opportunities and experience with the sport (young and old),” said Mifflinburg’s coach. “For the young players, these are exciting times because they have one, two or three more years in front of them. This is a great experience for them as well as motivation to continue to develop in the offseason. Overall, I’ve enjoyed the time with these young men and watching them grow.”