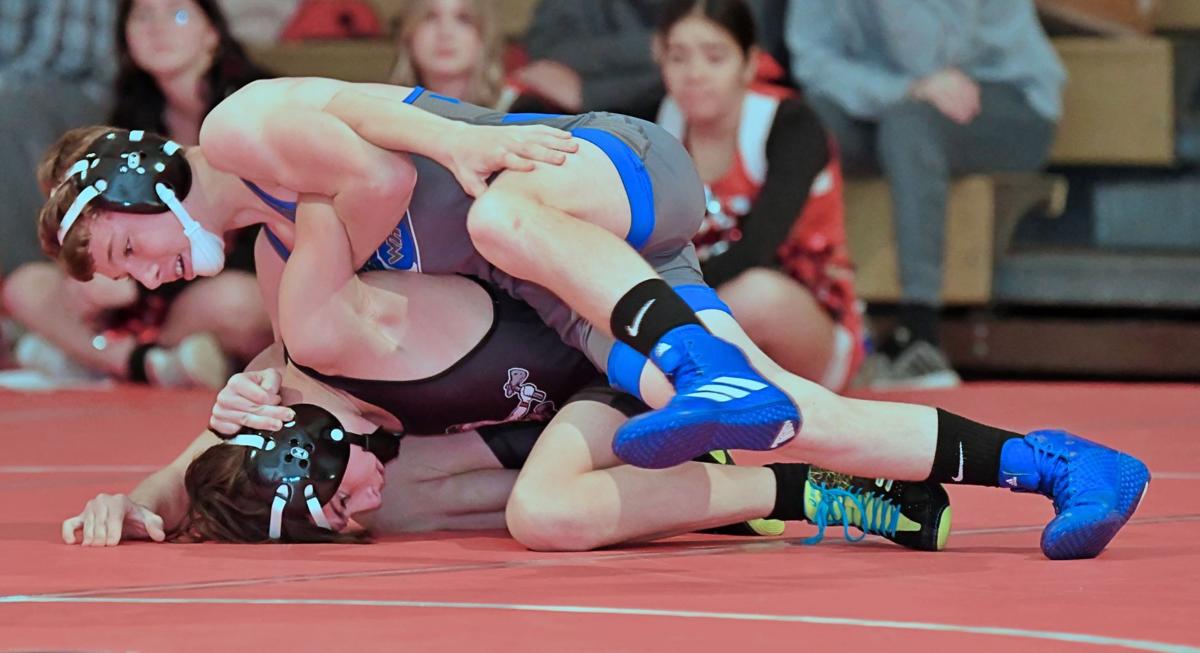 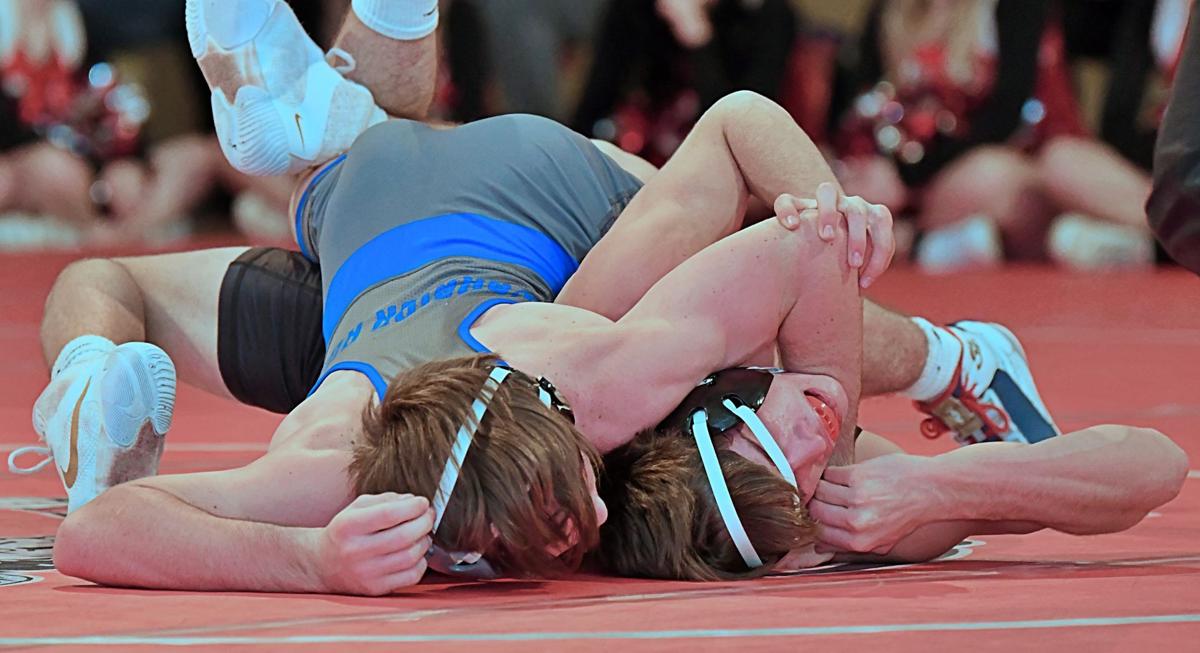 Warrior Run’s Cameron Milheim earns back [points against Montgomery’s Caden Finck at 145 pounds Thursday night. Milheim won a 10-2 major decision over Finck to give the Defenders and early lead.

Warrior Run’s Cameron Milheim earns back [points against Montgomery’s Caden Finck at 145 pounds Thursday night. Milheim won a 10-2 major decision over Finck to give the Defenders and early lead.

MONTGOMERY — Warrior Run wrestling coach Jeremy Betz was entirely happy with his young team’s effort in a competitive battle with Montoursville at home Tuesday night. His inexperienced side offered up a maximum and pleasing effort in front of a raucous, wedged-in crowd at Montgomery’s old tight quarters Thursday night.

Warrior Run offered up gutsy efforts up-and-down the lineup but in the end couldn’t hold off the eighth-ranked Red Raiders in a dandy early season meeting. Montgomery erased a Warrior Run lead that had swelled to 27-9 after Cameron Milheim majored Caden Finck at 145 (the match began at 106 pounds) and escaped with a closer-than-expected 35-33 win when they strung together five consecutive wins starting at 152.